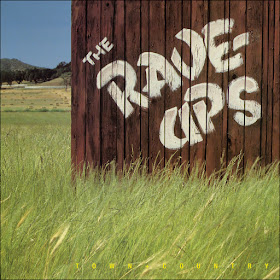 Looking at it in retrospect, the decade of the ‘80s was littered with “cult” bands – rockers like Jason & the Nashville Scorchers, the Long Ryders, Stealin’ Horses, Dream Syndicate, Green On Red, et al – that were eclipsed first by “new wave” poseurs and then by nerf-metal bands of lesser artistic stature like Poison and Ratt. Add the Rave-Ups to that long list, a talented outfit that, while enjoying the smallest taste of success, nevertheless failed to make the light-years leap towards mainstream chart success.

Originally formed in 1979 in Pittsburgh, Pennsylvania by singer, songwriter, and guitarist Jimmer Podrasky, the first incarnation of the Rave-Ups made a name for themselves in the Steel City before heading to Los Angeles in search of fame and fortune. They subsequently floated back and forth between L.A. and Pittsburgh, eventually breaking up. Undaunted, Podrasky returned to the West Coast and formed the second version of the Rave-Ups with drummer Tim Jimenez. After changing members several times, the Rave-Ups settled on a line-up of Podrasky and Jimenez with guitarist Chuck Wada and bassist Douglas Leonard, this version of the band signing with Fun Stuff Records and releasing the six-song EP Class Tramp in 1983.


A year later, Wada and Leonard were out and guitarist Terry Wilson and bassist Tommy Blatnik were in – this is the Rave-Ups that most fans of the band remember. The band released their full-length debut Town + Country for Fun Stuff in 1985, the album yielding a college radio hit with the song “Positively Lost Me.” The album earned almost universal acclaim, making fans of such hard-boiled critics as Robert Christgau, Robert Hilburn, and J.D. Considine, among others, and landing the Rave-Ups an appearance in the 1986 John Hughes film Pretty In Pink (Podrasky was dating the sister of the film’s star, Molly Ringwald). Naturally, the major labels came sniffing around, and after enduring a couple years of legal hassles, the Rave-Ups signed with Epic Records, recording two albums for the label – 1987’s The Book of Your Regrets and 1989’s Hamlet Meets John Doe – both of which failed to sell due to label indifference and lack of promotion, and the band subsequently broke up in 1992.

Revisited by archive specialists Omnivore Recordings, the long-awaited 30th anniversary CD reissue of the Rave-Ups’ Town + Country album is a revelation, any fond but ancient memories you may have of the band falling short of the reality pouring from one’s speakers. A whip-smart hybrid of rootsy rock ‘n’ roll that we now know as “Americana,” Town + Country displays the Rave-Ups at their best as songwriters and performers. The album opens with the college radio hit “Positively Lost Me.” The song is a sly lil’ slice of sleight-of-hand with off-balance instrumentation and hypnotic, emotional vocals that betray the swaggering, self-effacing lyrics; the song’s protagonist keeps upping the ante on what his love lost, from inconsequential material tokens to his very heart and soul. Accompanied by yelping rhythms and lean fretwork, the band offers up a different perspective on the clichéd love song.


The Rave-Ups were a lot more than just “Positively Lost Me,” although that song would become their calling card to bigger things. “Better World” is a perfect example of the band’s immense chemistry and Podrasky’s underrated skills as a wordsmith. With sparse but textured instrumentation, the singer’s subdued vocals float atop a nuanced soundtrack that serves to highlight the despair found in the lyrics. The band’s early tune “Class Tramp” is afforded a rich, albeit low-key arrangement, Podrasky’s strident vocals piercing the darkness until the band kicks in with its rollicking honky-tonk stroll. Pedal steel guitar legend “Sneaky” Pete Kleinow adds some tasty steel to the somber “Radio” but it’s the band that moves the needle with a striking performance that includes James Burton-styled shivering guitar and a languid rhythm that helps create an unsettling ambiance.

While many of the Rave-Ups’ songs are mid-to-slow tempo, the rockabilly ratchet “In My Gremlin” offers up some liver-quivering cheap thrills with scorching fretwork, a swinging rhythm, and era-appropriate echoed vocals. A cover of Bob Dylan’s obscure 1960s track “You Ain’t Goin Nowhere” is played with reckless abandon but no little reverence, while the album-closing “Rave-Up/Shut-Up” is an unbridled rocker with a 1950s vibe (think Carl Perkins) and ‘80s-era roots-rock sensibilities. This 30th anniversary edition of Town + Country offers a wealth of bonus tracks – eleven in total – including a lo-fi demo cover of Pete Seeger’s “If I Had A Hammer” that captures the anarchic energy of the original while a live performance of the Merle Travis classic “Nine Pound Hammer” infuses the hillbilly classic with a bit of blue collar blues amidst the twang. An early version of “Mickey of Alphabet City,” later recorded for the band’s major label debut, is nearly fully-formed as it stands, a magnificent story-song with elegant guitar and a fine vocal performance.


At their core, the Rave-Ups were a modern country-rock band that was a decade or a decade-and-a-half ahead of their time. Although critics too frequently toss the Rave-Ups into the box labeled “cowpunk” along with Jason & the Nashville Scorchers, the Beat Farmers, or Rank and File, I personally don’t hear it. The Rave-Ups could and did play upbeat material, but they lacked the inherent rowdiness of the aforementioned bands.

Instead, I look at the Rave-Ups, artistically, as falling more along the lines of contemporaries like Lone Justice or Nashville’s underrated Raging Fire – a talented, visionary group that detoured off the Lost Highway to explore new turf, taking the country-rock lessons of the Byrds and the Burritos to heart while forging their own unique, cerebral, and entirely mesmerizing sound. Town + Country is a primo slice of American music, the Rave-Ups a band worth your time to rediscover. Grade: B+ (Omnivore Recordings, released July 8, 2016)

Buy the CD from Amazon.com: The Rave-Ups’ Town + Country