The archival experts at Omnivore Recordings are launching an ambitious reissue campaign for power-pop legends the Posies that includes new CD and vinyl versions of the band’s three critically-acclaimed major label albums. Fronted by the talented duo of Jon Auer and Ken Stringfellow, the Posies were critical darlings of the alt-rock ‘90s, their unique blend of British Invasion styled melodies and grungy guitars tailor-made for the era. Although Posies songs like “Golden Blunders,” “Suddenly Mary,” “Dream All Day,” and “Flavor of the Month” achieved a modicum of FM airplay, especially on college radio, by the end of the decade the band had rejoined the indie rock ranks. 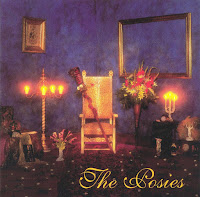 Omnivore will reissue Dear 23, the band’s 1990 DGC Records debut album, on June 15th, 2018 as a two-CD set featuring the album remastered from the original master tapes along with previously-unreleased bonus tracks. The band’s 1993 album, Frosting On the Beater, will follow on August 3rd as a double-disc set with additional bonus tracks. Both albums will also be reissued on vinyl as two-LPs sets mastered at 45rpm for better sound. The band’s major label swansong, 1996’s Amazing Disgrace, will be reissued as a remastered two-CD set on October 28th, and will also be available on vinyl as a two-LP set mastered at 33-1/3 rpm (it is too long for 45rpm). 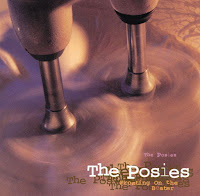 The Posies kick off a lengthy North American tour in May featuring the Frosting On the Beater line-up of Jon Auer and Ken Stringfellow, bassist, Dave Fox and drummer Mike Musburger. After their jaunt through the U.S. and Canada, they’ll be jetting over to Europe for dates in September, October, and November. These three albums remain the most popular and in-demand titles of the extended Posies catalog of music, and yet they’ve jumped in-and-out of print with alarming regularity through the years and, even then, previous CD releases weren’t always properly sourced from the original analog master tapes.

The band has launched a PledgeMusic campaign to help make the reissues a reality, writing on their campaign page “we need to raise a pretty significant advance fee to license these albums from Universal, so we are putting a ton of personal items, experiences, and exclusive merchandise into this campaign…from clothes we’ve worn onstage, in videos, etc. to spending quality time with Jon and/or Ken in their adopted city of Paris or a coffee date in Seattle…private shows…music lessons…plus exclusive Jon & Ken style guitars…” Check out all the available perks on the Posies’ PledgeMusic page. 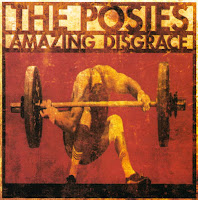