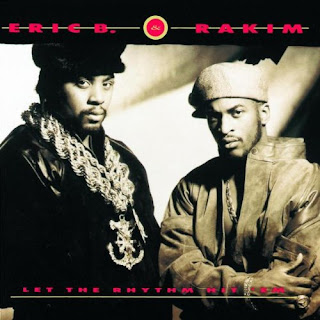 Rap music, more so, perhaps, than any other form or genre of popular music, relies heavily upon the personality of the artist and performer. The unthought-of commercial success of rap artists such as Ice T, Public Enemy, and Boogie Down Productions are driven by the image and peculiarities of the Iceberg, Chuck D, or KRS-One as much as their message. It is the consumer’s perception of this reality which tends to define the artist’s message and, in the long run, propel creativity. A mere handful of rappers are true innovators; most are pale imitators, at best or, at worst, tawdry parodies of the real thing relying on cheap sexual references and an outrageous image replete with gold chains, a big car, and other trappings of wealth.

Why intellectualize the meaning of rap music? Because rap, as a popular art form, is still growing. The creative and conceptual boundaries of rap music are still being defined and, by some like the aforementioned artists, expanded upon or destroyed in their entirety, replaced with a new model and message. Along among styles and genres, rap offers its artists the opportunity to experiment with sound and substance, to expand creativity both lyrically and musically, while still remaining a part of the commercial mainstream. It is into this vortex that come Eric B. and Rakim.

Let the Rhythm Hit ‘Em, the duo’s third album, firmly places Eric B & Rakim alongside the true innovators in rap music. The two mesh together perfectly, delivering a unique sound which incorporates, musically, elements of rock, blues, jazz, and Latin rhythms to serve as an impenetrable wall of sound atop which to layer their breathless, nearly-non-stop rhymes. Rakim’s vocals are deep and dusky, words rolling off the tongue like machine-gun fire. The ten songs included here run the gamut from sociological insight and commentary to blatant braggadocio and crude sexual boasting. It is their original and fresh use of music and the pairing of instrumentation with vocals, with very little sampling evident, which set Eric B. and Rakim above the mass of ordinary rappers and makes the groundbreaking Let the Rhythm Hit ‘Em a worthy follow-up to 1988’s Follow the Leader, winning the gifted pair their deserved share of commercial and critical success. (MCA Records, released June 19th, 1990)