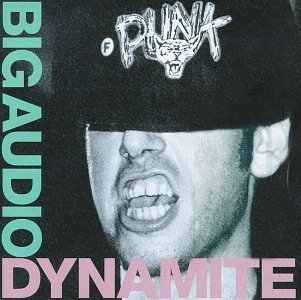 Big Audio Dynamite – F-Punk (Radioactive Records/MCA)
Big Audio Dynamite closed out 1994 with a contract-ending record for Sony that was truly terrible. Many thought that it might be the band’s swan-song, but here they show up a few months later with a new label, a new line-up, and F-Punk, a promising new album. Although F-Punk still doesn’t show the sparks of brilliance that B.A.D.’s early work did, at least former Clash axeman Mick Jones and company are headed in the right direction. “I Turned Out A Punk” is a hilarious lyrical testimony from Jones, one of the true survivors of the 1970s punk daze, while “Psycho Wing” is a tongue-in-cheek satirical look at society. B.A.D. delivers a fair cover of Bowie’s “Suffragette City” on F-Punk, and they close the album with the insightful “What About Love?”, which tends to ask as many questions as it answers. F-Punk partially redeems Big Audio Dynamite’s status in my eyes, but we’ll wait until we see that they do with their next album before passing judgement. 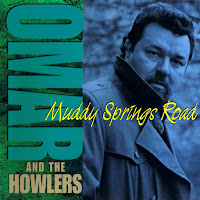 Omar & the Howlers – Muddy Springs Road (Watermelon Records)
There are a number of fine blues outfits wandering around the states these days, from ex-Nighthawks axeman Jimmy Thackery’s smokin’ posse to perennial W.C. Handy Award winner Anson Funderburgh & the Rockets. For my money, though, none of them hold a candle to the biggest, baddest rockin’ blues daddies of them all, Omar & the Howlers. Omar Dykes’ vocal growl is tailor-made for the sort of material he writes – laying down on disc like a half ton of whiskey-soaked gravel while the tight-knit Howlers kick out a nasty boogie. Muddy Springs Road is their latest, a rip-roarin’ collection of sweat, soul, and fire that sounds every bit like a hot Saturday night in a rural Mississippi roadhouse. Cuts like “Black Bottom,” “Hoo Doo Ball,” “Dangerous Man,” and the title cut are hard-rocking blues numbers, springing full-grown from the swamp with fat guitar riffs, howling harmonica lines, and swinging rhythms. If the blues are your thing, then you owe it to yourself to take a wild walk down Muddy Springs Road. 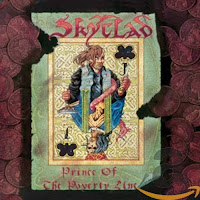 Skyclad – Prince of the Poverty Line (Noise Records)
With jangling guitars sounding a bit like your typical rock anthem from the likes of U2 or the Alarm, Skyclad’s “Civil War Dance” rapidly dispels such notions. Martin Walkyier’s tense, sandpaper vocals lead an assault of metallic guitars, pounding rhythms, and … yes … gently weeping violin. Skyclad is not just another mindless hard rock band, Prince of the Poverty Line mixing disparate elements of classic British heavy metal, hardcore thrash, and folkish lyrics with a left-leaning political orientation and the odd addition of Cath Howell’s tasteful violin fills. Although they tend to go over-the-top and fall into clichéd musical histrionics a few times too often for my taste, when they hit the mark – with cuts like “Land of the Rising Slum” or “A Dog In the Manger” – they hit the bull’s eye dead on with a perfect mix of lyrics and music.

Various Artists – Mad Love OST (Zoo Entertainment)
The latest trend in Hollywood seems to be the “alternative’ music soundtrack – put together a handful of hot bands and a few soundbites from any youth-oriented movie and watch the kiddies flock to their local vinyl emporium for the opportunity to thrown down a dime and a half on the “original motion picture soundtrack” from Bloody Egg Nightmare or some other such cinematic treasure. In this vein, the Mad Love soundtrack is better than most, not as good as others, compiling tasty tracks from folks like Magnapop, Throneberry, Grant Lee Buffalo, Madder Rose, and the always enjoyable Kirsty MacColl. On the other hand, though, I’d like to find the schlemiel that hand-picked these cuts and ask them just who the hell is Fluorescein, and why do we have to suffer through not one, but two miserable 7 Year Bitch cuts, and why they had to choose such a poor song from a good band like Rocket From the Crypt ... why? 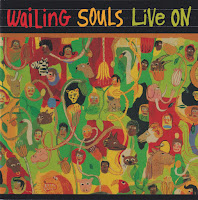 Wailing Souls – Live On (Zoo Entertainment)
Wailing Souls, the duo of Lloyd “Bread” McDonald and Winston “Pipe” Matthews, have been stuck with a ‘cult artist’ tag forever, it seems. Album after album, they play to the same core audience, adding a few new listeners with each passing effort. Sure, reggae has never been a major commercial force, stateside – the Marley clan notwithstanding – and a lot of deserving artists like Steel Pulse, Burning Spear, or Bunny Wailer have failed to grab a significant U.S. audience. Although they all deserve another listen, it’s Wailing Souls that have a new album out in Live On, so it’s them which we’ll champion right now. Live On is a solid example of roots-reggae: a handful of island-flavored original reggae tunes complimented by a smattering of soulful covers like Paul Simon’s “Mother and Child Reunion” or the classic oldie “Na Na Hey Hey (Kiss Him Good-Bye).” The constant Rasta themes of brotherhood and unity that are often present in reggae lyrics cut across all barriers of race, creed, and nationality and Matthews expresses them well, with a great deal of wisdom and insight. Live On shows, once again, that Wailing Souls stand at the top of the reggae world.