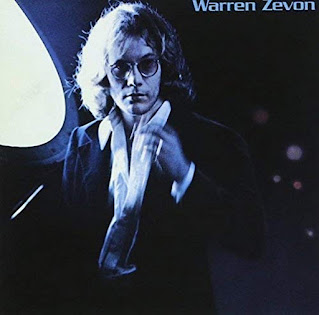 Forget all about Wanted Dead Or Alive, Warren Zevon’s uncharacteristic 1969 debut LP. The album shows none of the wit or caustic wordplay that Zevon would become known for, and is clearly an attempt by a young artist to make a play for success long before he’s ready to do so. The album deserves neither your time nor a place in your collection. Opt instead for Zevon’s self-titled 1976 follow-up, his true debut and, perhaps, one of the finest sophomore efforts in rock music. Warren Zevon, the album, also represents the beginning of an amazing rock ‘n’ roll success story.

By 1975, Zevon had spent nearly a decade in Los Angeles, doing session work, writing advertising jingles, performing behind the Everly Brothers, and occasionally writing songs for folks like the Turtles. What Zevon didn’t have was a record deal, or even the promise of one. Fearing that his career would never take off, he fled to Spain with his wife, taking up musical residency in a local bar owned by an American soldier of fortune. A postcard from his friend, singer/songwriter Jackson Browne, hinting of the possibility of a record deal lured the ex-pat musician back to the United States and California.

The beautiful “Hasten Down the Wind” was covered wonderfully by Linda Ronstadt, but Zevon’s original version is equally considerate, with Phil Everly’s harmony vocals adding depth to Zevon’s deep purr as David Lindley’s slide guitar weeps openly. The boisterous “Poor Poor Pitiful Me” was also later covered by Ronstadt, but not like this. On Zevon’s version, Wachtel’s guitar rips-and-snorts and tears at the reins while honky-tonk piano blasts out beneath the singer’s half-mocking, self-effacing vocals.

The Dylanesque “Mohammed’s Radio” sounds a little like Jackson Browne, too, but the song’s contorted, colorful personalities and gospel fervor belie its anthemic nature. In many ways “I’ll Sleep When I’m Dead” presages Zevon’s notorious hard-partying lifestyle, while “Desperados Under the Eaves,” perhaps the best song ever written about Los Angeles, is haunted by the reckless spirits of Charles Bukowski and Hubert Selby, Jr. (yes, both were alive and well when the song was written, thank you, but they still had their otherworldly stank all over the song).

A bonus disc provided this reissue of Warren Zevon is chockfull o’ demos and other goodies for the fanatical completist. A solo piano arrangement of “Frank And Jesse James” is fine, but lacks the powerful drumwork of the final version, but the sparse arrangement given the alternative take of the junkie’s tale “Carmelita” enhances the song’s inherent loneliness and hopelessness. The second take of “Join Me In L.A.” evinces a looser, funkier vision of the song while a live radio performance of “Mama Couldn’t Be Persuaded” is a rollicking, joyful reading of the song that places the spotlight firmly on Zevon’s lyrics. Taken altogether, the second disc’s rarities provide some insight into Zevon’s early creative process.

Zevon would follow-up his self-titled sophomore effort a couple of years later, 1978’s Excitable Boy yielding the hit “Werewolves of London” and making the singer/songwriter a rock star. Over the following 25 years and a dozen albums, until his tragic death in 2003, Zevon would cement a legacy fueled by his unique talent and personality … and it all started with Warren Zevon. (Rhino Records, 2008)