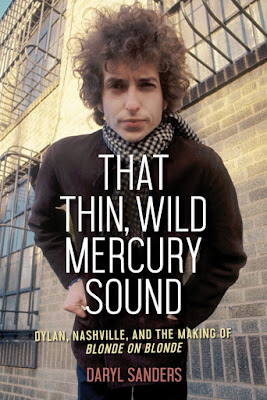 Bob Dylan’s Blonde On Blonde is widely considered to be one of the greatest rock ‘n’ roll albums of all time. Released during the summer of 1966, Blonde On Blonde received almost universal critical acclaim at the time. The album was a commercial success as well, spawning two Top 20 charting singles in “I Want You” and “Rainy Day Women #12 & 35,” which helped drive Blonde On Blonde into the Top 10 in both the United States and the U.K. Two other songs from the album – “Just Like A Woman” and “Visions of Johanna” – were included among the 15 Dylan songs featured in Rolling Stone magazine’s “500 Greatest Songs of All Time” list. The album would eventually be certified Double Platinum™ for over two million albums sold, a rare achievement back in the day.

Blonde On Blonde is also one of a handful of Dylan’s 70+ albums that the non-fanatical Bob follower would be familiar with (along with Blood On the Tracks and, perhaps, Highway 61 Revisited). Wildly influential even beyond its enormous commercial success, artists as diverse as British rocker Robyn Hitchcock, Jason & the Scorchers’ frontman Jason Ringenberg, and Americana singer/songwriter Todd Snider, among many others, cite the album as a major inspiration on their own work. Blonde On Blonde was the first of several albums that Dylan would record in Nashville with some of the city’s most talented studio professionals as he was searching for the “thin, wild mercury sound” that he heard in his mind.


Writing about Bob Dylan has become a legitimate cottage industry, the Scribe inspiring literally dozens of books ranging from fanboy exhortations to deep-thought academic tomes, including more than a few covering Dylan’s Blonde On Blonde. However, Nashville-based music journalist Daryl Sanders’ That Thin, Wild Mercury Sound provides a unique and definitive account of the recording sessions that resulted in this classic album. Sanders has worked as an editor for a number of local publications, including Hank magazine and Bone music magazine and, as a writer, he’s contributed to The Nashville Scene, The East Nashvillian, and several other local publications. Daryl is also a friend and colleague of mine dating back some 40 years and has been my editor at three different publications.

When it comes to Dylan, Sanders knows his stuff, and he’s been around the Music City long enough that he knows all the major players. He interviews many of the musicians that played on Blonde On Blonde, getting inside info and anecdotes on the sessions, correcting much of the misinformation that has swirled around the album with new details sourced by his years of exhaustive research. Sanders begins the story with producer Bob Johnston’s efforts to convince Dylan to record in Nashville (against manager Albert Grossman’s wishes) after sessions in New York City for the album resulted in meager results. Johnston subsequently enlisted some of the Music City’s most talented players to work with Dylan – legendary musicians like harmonica wizard Charlie McCoy, guitarists Wayne Moss and Joe South, and drummer Kenny Buttrey would joined in the studio by long-time Dylan accompanists Robbie Robertson and Al Kooper.

Dylan, Nashville and the Making of Blonde On Blonde 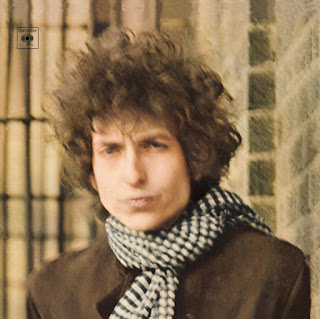 Over the course of roughly eight days spread across February and March 1966, Dylan and his makeshift studio band spun pure magic out of these recording sessions. Sanders takes the reader behind the scenes and into Columbia Records’ Studio A for the recording of classic songs like “Leopard-Skin Pill-Box Hat,” “Absolutely Sweet Marie,” “Temporary Like Achilles,” and “Stuck Inside of Mobile With the Memphis Blues Again.” Sanders explores Dylan’s eccentric songwriting method, which frequently left the session musicians hanging around the studio lounge collecting time-and-a-half scale for hours waiting as Dylan refined and tinkered with his lyrics while sitting alone in the studio. The hardcore fan will revel in the details provided by Sanders on the creative evolution of these classic songs.

Sanders’ numerous interviews with musicians like Charlie McCoy, Wayne Moss, and Al Kooper, among others, as well as with producer Bob Johnston and session spectators like Billy Swan (then a studio assistant who would go on to fame as a country artist) provide invaluable insight and often-humorous stories about these intense and artistically-satisfying recording sessions. Sanders manages to capture the vibe of the room, including the musical missteps and experimentation that went into the crafting of each song, providing a deep accounting of every individual performance. Sanders also incorporates interviews with Dylan acolytes like Robyn Hitchcock and Jason Ringenberg into the tale, as well as comments on the album from legendary rock critic Dave Marsh and previously-published quotes from Robbie Robertson and Dylan himself to round out the story.


Daryl Sanders’ That Thin, Wild Mercury Sound provides a fascinating and comprehensive history of this classic album. There are a heck of a lot of Dylan-related books available – enough to stock a smallish library, really – but none of them have dug this deep into the making of one of the Scribe’s most creative, critically-acclaimed, and commercially-successful works. If you’re a Bob Dylan fan, you’ll want a copy of That Thin, Wild Mercury Sound on your bookshelf. Grade: A+ (Chicago Review Press, published October 2, 2018)