CD Preview: David Olney’s When The Deal Goes Down 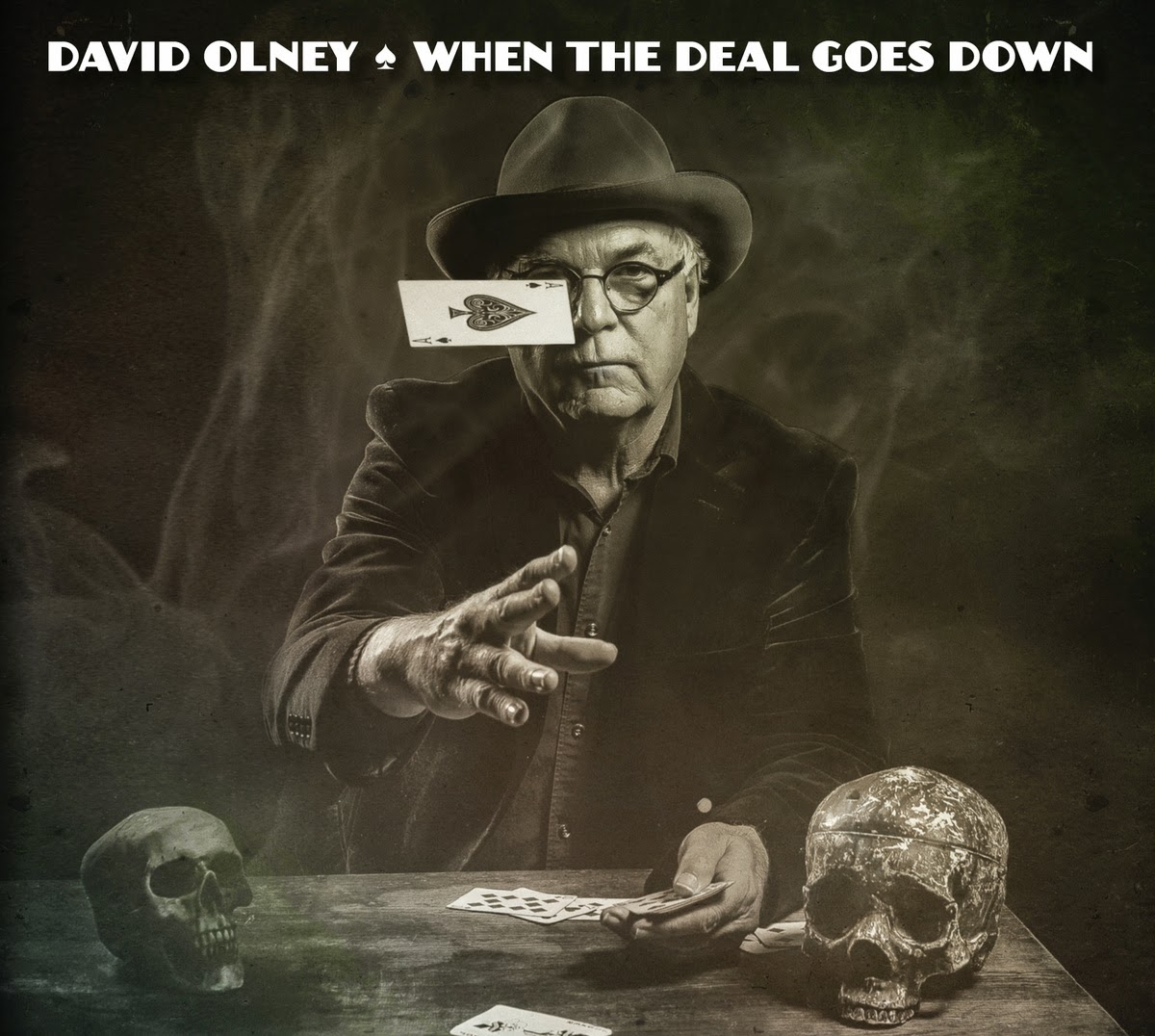 Nashville singer/songwriter David Olney is one of the city’s unrecognized geniuses, an incredible talent that has continued to crank out incredible records for better than 30 years now to nearly universal critical acclaim, but only a modicum of commercial success. If there was any true cosmic justice on this spinning, careening cat’s eye marble of a planet, Olney would be feted as the artist he is and heaped with gold coin and silver while Justin Bieber would be shuffling fries at the Whataburger.

On July 8th, 2014 Deadbeet Records will release Olney’s latest certain masterpiece, When The Deal Goes Down. The album was produced by Olney and guitarist Mark Robinson, another enormous Nashville talent, and was recorded at Guido’s Studios South in the Music City. When The Deal Goes Down offers a dozen new literary tales set to an Americana soundtrack, and features the talents of some of the city’s best instrumentalists, including longtime Olney musical foil, guitarist Sergio Webb.

When The Deal Goes Down offers up Olney’s usual blend of dark humor and intelligence, the track list ranging from the comedic “Mister Stay At Home” and “Servant Job,” to the tragic “Scarecrow Man,” the songs looking long and hard at the soul of man. Of the album’s title track, Olney says in a press release for the album, “I thought it might be helpful to God if I told him (or her) what I wanted from him (or her). God answered with a lightning bolt that just missed my head. What a kidder!”

Olney co-wrote several songs on When The Deal Goes Down with his longtime collaborator, songwriter John Hadley, including the song “No Trace,” among others. “I pictured it in Africa,” he says, “but it could also apply to West Virginia. Or anywhere in North or South America. Or the land of Canaan. Or the planet Earth. You get the idea…” Olney will tour in support of the album, but hometown fans can celebrate the release with a free in-store show and CD signing at Grimey’s Too/Howlin’ Books (1702 8th Avenue South) on July 8th, and a full CD release show at The End in Nashville on Wednesday, July 9th.

A songwriter without peer, Olney has had material recorded by Emmylou Harris, Linda Ronstadt, Lonnie Brooks, and Steve Young, among too many others to list, and he has released better than 20 albums during a storied career that now spans four decades. In 2013, Olney’s song “Postcard From Mexico” was featured in the ABC TV series Nashville. It will be interesting to hear the collaboration between Olney and Robinson on When The Deal Goes Down, and the album is now available for pre-order on Olney’s website.