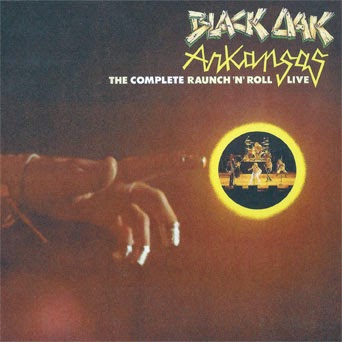 Our friends at Real Gone Music have announced their June release schedule, and for rockers like us, there are a couple of real gems to be found! On June 2nd, 2015 Real Gone will be reissuing an expanded version of Black Oak Arkansas’s classic Raunch ‘N’ Roll Live album and Ball, Iron Butterfly’s 1969 follow-up to their breakthrough In-A-Gadda- Da-Vida LP.

Southern rockers Black Oak Arkansas were a Dixie-fried boogie band, but with a little more grease and a lot more twang than contemporaries like Foghat or Humble Pie. Three early 1970s studio albums earned the band a well-deserved reputation as beer drinkers and hell raisers; while hovering in the upper regions of the charts, BOA was a mid-tier but sturdy live band, hard-touring wild men that always delivered a good time. Led by wild-ass frontman Jim “Dandy” Mangrum (David Lee Roth before he was David Lee Roth), Black Oak Arkansas mixed up hard rock, rockabilly, blues, and country with a spirit and energy unlike any other Southern band (save for Molly Hatchet, perhaps).

Raunch ‘n’ Roll Live was released as a gatefolded single LP back in 1973, and it provided fans outside of the BOA touring radius with a fair-to-middlin’ representation of the band’s raucous live show. Many critics believe it to be the band’s best album, and I’d agree – it’s certainly their most consistent, with Jim Dandy bellowing out high-octane live takes on studio tracks like “Hot and Nasty,” “Hot Rod,” and “When Electricity Came To Arkansas.” Real Gone has dug deeply and found the master tapes from the two 1972 shows used to source the original album, and they’re releasing an expanded two-disc version called The Complete Raunch ‘N’ Roll Live. Blown up to 17 songs, the reissue includes new tracks like “Fever On My Mind,” “Keep The Faith,” and “Lord Have Mercy On My Soul” that were previously unreleased. 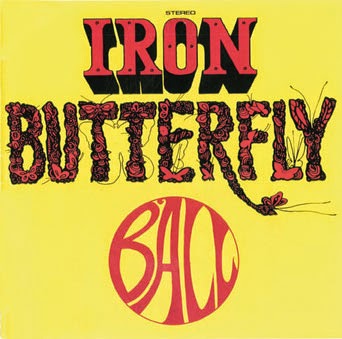 We’ve written about the mighty Iron Butterfly before, and the recent slate of vintage live recordings have been proverbial manna from heaven for long-suffering fans of the band. Sadly, much of Butterfly’s back catalog has been in shambles, a criminal oversight partially redeemed by Real Gone’s reissue of Ball. The band’s third album, Ball was recorded by what is considered to be the classic Butterfly line-up – singer/keyboardist Doug Ingle, guitarist Erik Brann, bassist Lee Dorman, and drummer Ron Bushy – and with another year of touring under their collective belts, Ball featured tighter, shorter, and punchier songs with a hard rock edge and more melodic undertones than their previous acid-rock dirges.

Not that Ball doesn’t include its flights of psychedelic fancy, but singles like “In The Time of Our Lives” and “Soul Experience” proved that Iron Butterfly had more talent and vision than critics had previously given them credit for possessing. Ball rose to #3 on the Billboard album chart, beating its predecessor and representing the peak of the band’s commercial fortunes. The Real Gone reissue of Ball is also an expanded edition, with two bonus tracks (non-LP single sides), re-mastered sound, and brand spankin’ new liner notes by writer Bill Kopp.