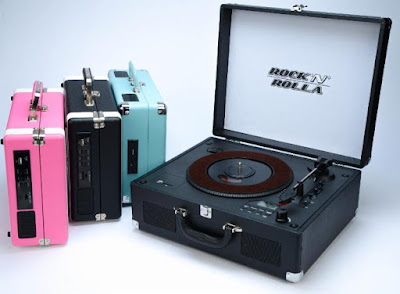 Retail being what it is, you can probably find one of these wax spinners for a good $10 - $15 below MSRP, and all models come with a twelve-month warranty. The Rock ‘N’ Rolla website isn’t up and running as of this writing, but you’ll eventually be able to grab one of these portable beauties from them, and probably a few other online retailers. The Rock ‘N’ Rolla™ isn’t meant to replace whatever medium-to-high end shaker box you have hooked up to your stereo, but as a portable option for spinning your 45s and a cool gadget to boot, it could be cool to add one to your musical arsenal.
Posted by Rev. Keith A. Gordon at Friday, September 09, 2016