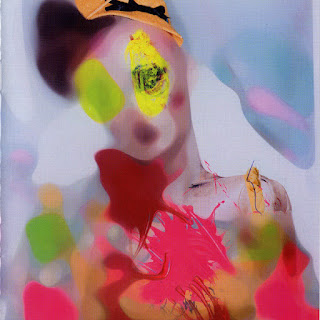 Best known for her association with Mick Jagger and the Rolling Stones and for a string of lightweight pop hits during the ‘60s, Marianne Faithful has nevertheless forged one of the most enduring and unique legacies in music history. Although drugs derailed her career for much of the ‘70s, Faithful’s 1979 comeback album, Broken English, signaled the rebirth of her creative efforts and led to successful collaborations with producers such as Hal Willner and Daniel Lanois. Kissin Time is the latest chapter in Faithful’s storied life, a contemporary pairing of her incredible lyrical vision with the musical talents of folks like Beck, Billy Corgan of Smashing Pumpkins, and Dave Stewart of Eurythmics.

Faithful’s voice is rough-hewn and raw, easily an octave lower than heard on the lofty pop confections she recorded in the ‘60s. As gritty as Faithful’s voice has become, it is also a magnificent instrument, beautifully flawed and perfectly appropriate for her lyrical flights of fancy. There are several moments of pure enchantment to be found on Kissin Time, “Song For Nico,” for instance, offering a heartfelt tribute to a fellow chanteuse, revisiting memories of a time long past. Corgan’s production of “I’m On Fire” is priceless, subtle with shimmering instrumentation almost burying Faithful’s tortured vocals, her lyrics portraying an immense longing for love.

Kissin Time closes with a joyful reading of the Goffin/King gem “I’m Into Something Good.” Producer Corgan pushes Faithful into delivering the sort of pop tune she might have sung thirty years ago and Faithful responds by filling her performance with youth and vigor undaunted by age albeit informed by hard won experience. Beautiful and profane, intelligent and brutally honest, Marianne Faithful has taken the measure of her life and created in Kissin Time a complex, timeless work for the ages. (Virgin Records, released 2002)