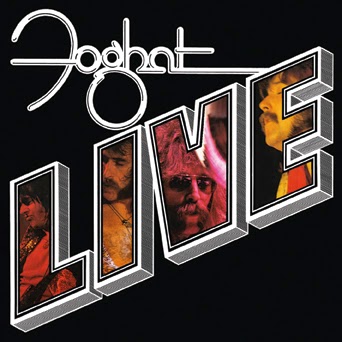 The esteemed archive label Real Gone Music is getting in on the vinyl craze with two rockin’ reissues of gems from the 1970s – Foghat’s 1977 album Live and the J. Geils Band’s 1973 album Bloodshot, both albums scheduled to be released on March 3, 2015.

Foghat had been on a roll during the mid-1970s, enjoying a trio of Top 40 charting albums: 1974’s Energized, 1975’s Fool For The City (their biggest, at #23), and 1976’s Night Shift (#36), all of which spawned hit singles to fuel their chart positions. Foghat was one of the most popular of the decade’s arena-rock bands, offering ticket-buyers a lot of value for their dollar with a high-octane, high-energy blend of rock, blues, and boogie. Thus, it was only natural, given the overwhelming commercial success of live rock ‘n’ roll LPs during this era (see Peter Frampton, Kiss, Bob Seger, et al), that Foghat’s record label, Bearsville, would release a live disc on the band, 1977’s imaginatively-named Live.

What the album lacked in creative titling it more than made up for with righteous rock ‘n’ roll jams, Live featuring on-stage versions of fan favorites like “Slow Ride” (which rode the charts to #20), “Fool For The City,” and “I Just Want To Make Love To You,” which served to push the album to #11 on the charts. There were but six songs on Live, the album running roughly 38 minutes, but guitarists “Lonesome” Dave Peverett and Rod Price, bassist Craig MacGregor, and drummer Roger Earl made the most of the time, delivering a red-hot set that has withstood the test of time. Real Gone is bringing the legendary set back to hot wax with a 180gr vinyl reissue with limited-edition package that reproduces the original die-cut jacket and four-color inner sleeve. 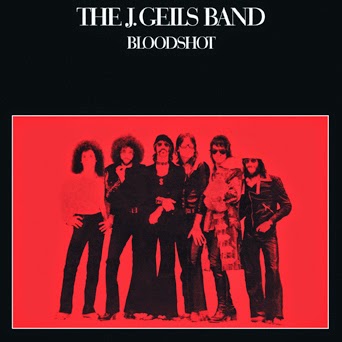 The third studio album from Boston’s J. Geils Band temporarily lifted the band into the upper reaches of the rock ‘n’ roll stratosphere. Bloodshot, originally released in 1973, would rise to #10 on the charts on the strength of the album’s Top 30 single, “Give It To Me.” The band had already developed a reputation as scorching live performers, the Geils crew’s dynamic live set only partially captured on wax by the previous year’s “Live” Full House LP. Bloodshot offered up nine hard-charging tracks, a combo of bluesy rock, R&B, and soul that, along with the aforementioned hit, would feature great songs like “Southside Shuffle” and “(Ain’t Nothing But A) House Party.” This 180gr vinyl reissue has been pressed on gorgeous red wax with vintage Atlantic Records labels; both the Foghat and J. Geils Band LP reissues were re-mastered and the lacquer cut by Peter Black.
Posted by Rev. Keith A. Gordon at Thursday, January 15, 2015