Dig this, fusion fans – the legendary jazz-rock fusion outfit Brand X has reunited for a lengthy tour beginning this fall and running through the spring of 2017. Featuring three of the four original band members (and before you start, no…Phil Collins will not be attending), Brand X will headline at Progtoberfest in Chicago on October 21st, 2016 before heading out to perform in metropolises as Milwaukee, Detroit, Cleveland, and Boston, among others.

For you youngsters who have no idea of exactly who or what Brand X is, the groundbreaking band was formed back in 1975 by guitarist John Goodsall, bassist Percy Jones, and drummer Kenwood Dennard, all of whom will be part of the Brand X reunion tour. Other members, like Phil Collins (Genesis) and Bill Bruford (Yes, King Crimson) came and went, but whatever the band’s line-up at the moment, Brand X kicked out an inspired and pioneering blend of jazz, progressive rock, and Ethnic music that influenced a generation of like-minded sonic trailblazers. 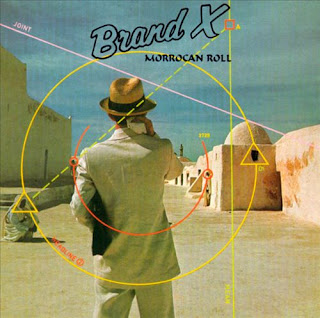 Contemporaries of such influential 1970s-era jazz-rock fusion bands as Weather Report, Mahavishnu Orchestra, and Return To Forever, Brand X released three critically-acclaimed studio albums in three years – 1976’s Unorthodox Behaviour, 1977’s Moroccan Roll, and 1978’s Masque – as well as 1977’s Livestock, recorded live at the legendary Ronnie Scott’s Jazz Club in London. Although none of the albums climbed any higher than #125 on the Billboard album chart, their influential was long-reaching, and Goodsall and Jones kept the Brand X brand rockin’ and rollin’ through the end of the century and another half-dozen albums.

The core Brand X line-up of Goodsall, Jones, and Dennard will be joined on tour by keyboardist Chris Clark, formerly of the Who bassist John Entwistle’s solo band, along with percussionist Scott Weinberger. During the October and November 2016 legs of their upcoming tour, the reunited Brand X will perform material from their groundbreaking first three studio albums; beyond that, your guess is as good as mine. We’ll share Brand X tour dates as soon as they’re available, but in the meantime, get you some of these fine Brand X albums on CD:

Hope they make it to Southern California. I've had 2 opportunities to see them in San Francisco in 1978 but my final exams in graduate school was the problem.

Europe dates please, the Netherlands that is ;-)