The Return of Crack the Sky 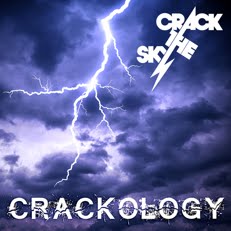 Formed in the early ‘70s in Weirton, West Virginia just across the state line from Pittsburgh, Crack the Sky was a musically adventurous outfit that, while clearly inspired by British prog-rock currents from across the pond, nevertheless forged their own unique sound that many critics compared favorably with Steely Dan. The original band line-up included singer and keyboardist John Palumbo, guitarists Rick Witkowski and Jim Griffiths, bassist Joe Macre, and drummer Joey D’Amico.

The band’s self-titled 1975 album earned near universal critical acclaim, even from the notoriously anti-prog Rolling Stone magazine, whose Stephen Holden called it “one of the year’s most impressive debuts.” The band followed up their debut a year later with the equally-acclaimed Animal Notes, touring heavily during the latter half of the decade as an opening act for bands like Supertramp, Rush, Yes, Kansas, and Frank Zappa, among others. Palumbo left the band in 1977, but Crack the Sky kept on truckin’, releasing Safety In Numbers and Live Sky in 1978 and, with Palumbo back in the fold, the album White Music in 1980. Distribution problems by their label, Lifesong Records, prevented the band from reaching a larger audience, and with the odd exception of Baltimore, which holds an avid CTS fan base, Crack the Sky never caught on beyond Pittsburgh.

Crack the Sky has continued to tour and record in various incarnations led by Palumbo and/or Witkowski, however, releasing their most recent album, Ostrich, in 2012. Some 40 years after their formation, Crack the Sky is coming back in a big way with two new albums. On August 24th, 2018 Loud & Proud Records will release Living In Reverse, a new studio album, and Crackology, a compilation set featuring of the band’s twelve favorite songs from across the years. The current band line-up includes Palumbo and Witkowski, original drummer Joey D’Amico, guitarist Bobby Hird, keyboardist Glenn Workman, and bassist Dave DeMarco. 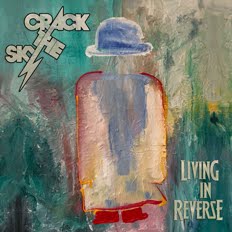 “We’ve been going back in time to try and find ourselves, even while we’ve been looking ahead to the future,” observes guitarist/producer Rick Witkowski in a press release for the new album, “and we’re looking to bring in new fans who’ve never heard what we’ve done before.” Adds lead vocalist and chief songwriter John Palumbo, “eventually, you find that everything comes full circle, so it’s fair to say we’ve been quite reinvigorated as artists these past few years.”

Crack the Sky will be playing a special show on Saturday August 25th, 2018 at MECU Pavilion (formerly Pier Six Pavilion) in Baltimore, Maryland for the 4th Annual Veteran’s Benefit Concert presented by Music Healing Heroes to benefit K9s for Warriors and the Wounded Warrior Project. They will be performing songs from the new album, as well as from Crackology.

Buy the CD from Amazon.com:
Crack the Sky’s Living In Reverse