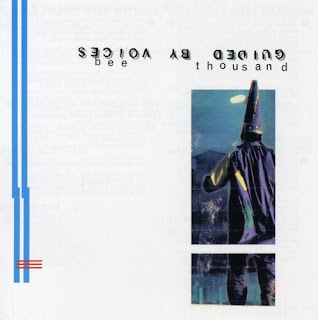 Artists who are tagged with the deadly “critical favorites” label tend to have a very brief commercial existence, if, indeed, they create a meager blip on the old product sales radar at all. There are many reasons for this simple rock ‘n’ roll fact of life, the foremost being that rock critics (this writer included) tend to be overeducated shitheads with an arts and literature background, an elitist crowd grabbing free promos and a spot on the guest list even while they’re damning the latest pop icon with faint praise. Critics tend to shun the sort of “lowest common denominator” rock far too frequently cranked out by the labels in favor of more esoteric work.

The funny thing about ‘Art’, though, is that it tends to sneak up and bite you on the ass. Yesterday’s artistic obscurity is tomorrow’s influence; and the seldom-heard and often under-appreciated work of folks like Alex Chilton, Syd Barrett, Robyn Hitchcock, et al will be a part of that next Top 40 sensation. The critic’s job is to discover and recognize the quiet genius of the aforementioned and let you know how woefully “unhip” you are since you obviously passed on buying their records in favor of the new U2 or Van Halen sets...which brings us, in a somewhat roundabout way, to Robert Pollard, Guided by Voices and Bee Thousand.


Pollard is one of those rare finds in rock ‘n’ roll, a completely innocent and unjaded  thirty-something school teacher toiling away in the artistic netherlands in his spare time. Bee Thousand is a visionary work; absent is the simpleminded posturing and preening evident on even the most sincere “alternative” release. There are twenty songs crammed into a thirty-six minute space, reminiscent of the Minutemen in their economy and scope. Whereas D. Boon created from the viewpoint of a punk aesthetic, Pollard wraps his work around some forty years of rock ‘n’ roll history.

Musically, Bee Thousand offers scraps of British and American pop, discordant punk, spacey guitar riffs and quick thrusts of a dozen different sharp-edged influences. Pollard’s lyrics are sheer poetry, often times oblique, literary gems hidden beneath the mix. Many of the songs here consist of nothing but a single verse wrapped around sparse instrumentation and, I’ll admit, that I often times haven’t a clue what Pollard is singing about. A few mental gymnastics under the headphones have assigned meaning to a number of songs, but most remain a mystery.


Is it the critic’s lot to deify that which we don’t really understand? Sometimes, perhaps, but the main weapon in the critical toolbox is the ability to recognize that something is going on in a song, that the artist is doing something important and extraordinary. With Bee Thousand, Guided by Voices has used a familiar musical language to expand the barriers of thought and expression in rock lyricism. Although they may never rise above their currently-growing status as “critic’s darlings,” the influence of what Robert Pollard and Guided by Voices are doing today will be felt in the years to come. (Scat Records, released June 21, 1994)

Buy the CD from Amazon.com: Guided by Voices’ Bee Thousand