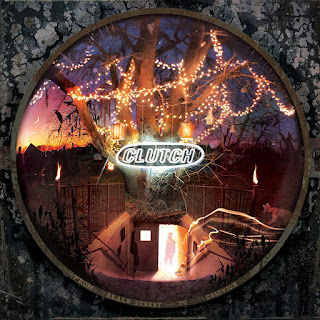 Legend has it that blues great Robert Johnson achieved his mastery over all things musical by journeying to the intersection of Highways 61 and 49 outside of Clarksdale, Mississippi and, standing at the crossroads one dark night, sold his soul to the devil. Now, to be honest, only Johnson and Old Scratch his own bad self really knows what happened that night beneath the shrouded moon, and Johnson might have merely borrowed a good story from bluesman Tommy Johnson, who allegedly struck a similar diabolic bargain as well. Regardless, it was Robert that negotiated the better deal, ‘cause his legend continues to grow while the talented Tommy’s name has sunk into oblivion.

Rock ‘n’ roll owes its existence to the deal struck that night in the Mississippi Delta; if not for the 30-something-odd songs cut by Johnson during the late ‘30s, and the fame afforded his efforts by his supernatural patron, there is a distinct likelihood that we never would have had Bob Dylan, the Rolling Stones, Eric Clapton and Cream, Led Zeppelin…hell, even the White Stripes. Robert Johnson, and by extension, the blues, has had an enormous influence on the history and evolution of rock music. These days, however, the deals are being made on the streets of Memphis, New Orleans, Miami…anywhere the mojo is right…but certainly not at some rural intersection in a small town without even decent cell reception.

Clutch’s From Beale Street To Oblivion


It’s a wicked world, to be sure, and heavy metal, more than any genre of rock ‘n’ roll, owes its soul to the Devil, and the two have enjoyed a long and surprisingly lucrative association. If the blues was the “devil’s music” of the 1920s and ‘30s, metal was just as firmly identified as such during the ‘80s and ‘90s. Somewhere along the line, however, heavy metal shed its blues influences in a blur of stylistic mutations – death metal, black metal, thrash, Goth, power-and-prog, speedcore, grindcore, hardcore, aggro – all carrying Robert Johnson’s original blue¬print to extremes that even the fiddle-playin’ maestro of Charlie Daniels’ nightmares wouldn’t recognize. With its 10th studio album, From Beale Street To Oblivion, Clutch has embraced metal’s blues roots and kicked out an album so damn stinkin’ dirty wit’ the hue that the long-interred ghosts of Robert Johnson, Charley Patton, Skip James, and Son House all have to be grinnin’ from ear-to-ear.

For nigh onto sixteen years one of the metal underground’s best-kept secrets, Clutch has long traveled down the highway to the beat of the band’s own different drummer. In this days and age when metal bands are trying to out duel each other with LOUDER and more ABRASIVE sounds, trying to see who can take extreme to the EXTREME – vocalist Neil Fallon, guitarist Tim Sult and crew have stripped metal down to its blues-influenced vox-guitar-drums basics, with just a little Gospel-tinged keyboards for flavor. Clutch has always embraced a more organic, soulful sound than most of its contemporaries, and From Beale Street To Oblivion merely builds upon that flirtation to create something truly magnificent in all ways.

This ain’t yer daddy’s heavy metal, that’s for certain – From Beale Street To Oblivion has more in common with ‘60s vintage, psychedelic-fueled, blooze-obsessed knuckle-busters like Sir Lord Baltimore, Leafhound, May Blitz…even Black Sabbath…than it does with a bunch a New-Wave-O-British-Wankery washouts or nu-metal pretenders. Sounding nothing so much as something lurking in a dark alley off of Beale Street long after the daytime touristas have fled for safer environs in Tunica, these songs leap out of the shadows to strangle your ears with an assault of guttural vocals, larger-than-life riff-mongering, and rhythms so loudly funky that they’ll have yer eardrums crying “uncle” in no time.


Jumpstarting From Beale Street To Oblivion like the muzzle-blast from a .45, “You Can’t Stop Progress” is intro’d by a deceptive Glam-rock drum fill nicked from the Sweet, or maybe T-Rex, before a riff blessed-by-the-grace-of-Saint-Tony blindsides you, and Brother Neil starts sermonizing like Rob Tyner raised from the grave. Singing something clever about “felonious behavior” and “substantial compensation,” the song seems to be a call for anarchy in an unjust world…or maybe it’s just about petting bunnies in the park…either way, Fallon sounds like he’s waiting for a seat on Savoy Brown’s “Hellbound Train” and the rest of us poor souls are just shit-outta-luck while the band burns down the house.

With “The Devil & Me” we get to the meat of From Beale Street To Oblivion, a down-and-dirty feud between heavy metal and the Devil where neither side wins, and the line “he got to cross my house on the other side of the street” tells the tale. The schism is seemingly permanent, and whether it’s the music or the musician headed back down to the Bluff City to haunt “Beale Street and oblivion,” we’ll never know. But the song’s blustery vocals and blistering guitarwork, coupled with some of the funkiest rhythms you’ll hear this side of the Big Muddy, rise to the fervor of a tent revival before the straight-spiritual keyboards trail off to end the song...

The rest of From Beale Street To Oblivion is equally nasty, the songs peppered with brilliant imagery and dark vibes, crushing riffs that hit like a sledgehammer, bass guitar that will squeeze yer skull and drumbeats that hit like a drunken prize-fighter. Some of this sounds like early Black Sabbath jamming on the Howlin’ Wolf songbook; other tunes leave nothing but scorched earth in their wake, like some sort of musical plague that all the black-clad death-metal bands in Finland couldn’t muster. All of the songs evince a dark humor and extreme intelligence, and even the most obtusely metaphorical of them – “Mr. Shiny Cadillackness,” a fire-and-brimstone commentary on modern life – can’t help but thrown in a bit of absurdity with the line “Tell me, why Dick Cheney underneath my bed? Hell no, that ain’t cool!”


There’s nary a bad song in this bunch – just good and great – and to dismiss the album as mere “heavy metal” is to completely misunderstand the yin-and-yang of the blues-metal dichotomy. This is frightening, nearly-supernatural shit, Clutch channeling the spirits of long-dead bluesmen with a Biblical fervor. I don’t care what indie-rock discovery Pitchfork is shil¬ling for this week, From Beale Street To Oblivion is destined to become one of the two-or-three best albums released this year. This here be real rawk ‘n’ roll, far out on the blues edge – scarier than your worst job, meaner than your mother-in-law, and hitting between the ears like an IRS audit. Hell yeah! (Weathermaker Music, released July 20, 2010)

Buy the CD from Amazon.com: Clutch’s From Beale Street To Oblivion