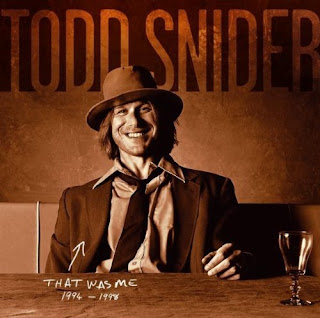 If you ever have the opportunity to catch singer/songwriter Todd Snider in a live setting, don’t let it pass you by. Charming to a fault, with a casual on-stage presence and between song rapport and no little amount of charisma, Snider creates the most intimate of listening experiences. Yeah, and he writes pretty damn good songs, too, mixing up shots of roots-rock, folk lyricism and country flavor with an alt-rock slacker ethos to create some of the most amusing and thought-provoking music that you’ll hear.

Originally from Portland, Oregon, Snider is a Nashville artist by default, making his way to the Music City by way of Austin, Atlanta, and Memphis. Don’t mistake this talented troubadour for one of your typical Nashville “hat acts,” however. Snider has an appreciation for his roots that Music Row could never muster and although his work can get twangy at times, this is no redneck rocker or pop-country artist we’re talking about here. As the story goes, Snider was working the Daily Planet club in Memphis when he came to the attention of songwriter Keith Sykes from Jimmy Buffet’s Coral Reefer band, which led to a subsequent major league deal with Buffet’s MCA-distributed Margaritaville Records label.

Todd Snider’s That Was Me


That Was Me 1994-1998 compiles the best material from the three albums that young Todd made for Margaritaville, a sort of “best of” collection from Snider’s early years. Snider was already a considerably talented songwriter by the time of his 1994 debut Songs For The Daily Planet, able to turn a phrase and tell a story with ease. Over the course of these three Margaritaville/MCA albums, Snider would be buffeted from one style to another (pun intended) as he searched for a musical identity free of label executive opinion. By the time of his final album for the label, Viva Satellite, Snider had been recast as a Tom Petty-styled roots rocker with a more raucous sound that felt forced. Snider subsequently signed to John Prine’s indie label Oh Boy Records in 2000, the result a more nurturing environment that has seen some of Snider’s best work released over the course of four albums.

That’s not to say that the material on That Was Me 1994-1998 isn’t worthwhile. It’s still Todd Snider, an artist that this humble scribe has long felt is underrated and underappreciated for the humor, insight and talent that he brings to his craft. Snider’s initial stabs at often self-deprecating humor are here, including his spot-on satire of grunge, “Talking Seattle Grunge Rock Blues,” delivered with Todd’s best Dylan imitation, and “Alright Guy,” a tale of a day gone horribly wrong. There are barroom ballads like “Trouble” and story songs like “Moondawg’s Tavern” and “Easy Money” and heartland rockers like “Hey Hey.” The folkish, socially-conscious talking blues of “Tension” foreshadow much of Snider’s later work while songs like “Horseshoe Lake” and the hauntingly beautiful “You Think You Know Somebody” reveal Snider’s serious side, showcasing his ability to weave a thoughtful, emotionally-moving tale with his words.


Snider is a gifted wordsmith, a poet of considerable insight and intelligence. Much like his “boss” and mentor John Prine, Snider continues to get better with age and experience. An excellent introduction to Snider’s work for the uninitiated, That Was Me 1994-1998 documents an integral period of the artist’s career, his formative years as it were, a small part of the ongoing story of this still-maturing talent. (Hip-O Records, released 2005)