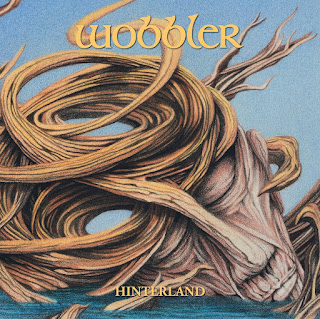 I’ve often joked with friends that there are only ten or twelve prog-rock musicians in the United States and Europe but, between them all, they comprise two dozen or so bands. Considering the cross-pollination between artists and the limited commercial possibilities available in the progressive rock world, it’s no surprise that musicians such as Mike Portnoy, Neal Morse, Roine Stolt, and such maximize their potential by getting involved in as many musical projects as possible.


The truth is, prog-rock and its kissing cousin, prog-metal, may entail more roster-swapping and creative collaboration than does mainstream rock music, but this is mostly because the talents of the artists involved, their love of the music and a seemingly endless well of creativity results in a lot of great music being made. As the prog-rock genre becomes more popular with younger audiences both here and abroad (hell, I don’t think that it ever fall into disfavor in Japan), a new generation of young bands has begun to appear. Talented musicians weaned on classic ‘70s-era prog-rock as well as second-wave bands like Spock’s Beard and the Flower Kings, the third wave of prog has been launched with welcome new faces like Circus Maximus and Norway’s Wobbler.

Introduced to an appreciative audience at the 2005 NEARfest art-and-prog-rock festival in Pennsylvania, Wobbler follows up its dynamic summer performance with Hinterland, the band’s anticipated debut album. The results of Wobbler’s first effort is nothing short of stunning, Hinterland a magnificent tour-de-force combining elements of Scandinavian folk and old-school progressive rock with classical composition and instrumental virtuosity. Keyboardist Lars Froislie engaged the services of a number of vintage instruments like a Hammond C3 organ, Mini-Moog, Rhodes electric piano, and Mellotron to recreate the sound and fury of classicist proggers such as Yes and King Crimson while the rest of the band has woven a subtle tapestry of sound with symphonic overtones and rock roots. Guitarist Morten Eriksen’s fretwork reminds one of Jethro Tull’s Martin Barre while frontman Tony Johannessen’s vocals are warm but capable of reaching subtle heights.


The emphasis on Hinterland is on the music, however, and Wobbler has excelled at the construction of a dense, multi-layered and multi-faceted collection of songs that are long on Froislie’s considerable keyboard wizardry and short on pretension. The band has forged atmospheric compositions of amazing ambition and depth, combining disparate musical elements to create a new and exciting strain of progressive rock. Wobbler has shot for the stars and struck a bullseye, Hinterland an incredible debut, certain to bring the band acclaim as typically reticent prog-rock lifers sit up and take notice. We look forward to hearing more from this talented and innovative group of musicians. (The Laser’s Edge, released September 5th, 2005)