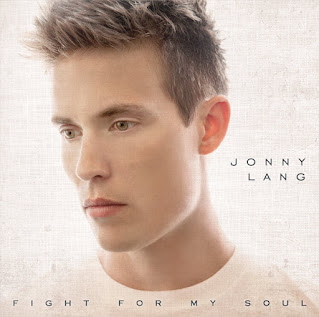 Fight For My Soul is the first studio album from guitarist Jonny Lang in nearly seven years, his first release of any sort since 2010’s Live At the Ryman set. Although Lang may have been a blues prodigy, releasing his solo album Lie To Me at the young age of 15, he’s run across more than a few obstacles since, some of them self-created, others placed in his way by an industry that often dulls talent before killing it outright.

Lang’s post-major label career has seen him veer off into unexpected musical directions, struggle publically with his faith, and try to reconcile his spiritual and musical sides. Fight For My Soul goes a long way towards providing a light to follow for the troubled troubadour, but much like the recent Tedeschi Trucks Band album, there is little blues music to be found in these grooves beyond the guitarist’s previous deep-rooted influences.

That’s not to say that Fight For My Soul is a bad album, it’s just not particularly “bluesy” by any definition of the word that I know. The album-opening “Blew Up (The House)” is kind of a modernized Southern rock tune with a faint hint of blues, Lang’s soulful vocals, and a little schlocky 1980s-styled big rock production with funky harmony backing vocals. “Breakin’ In” shares a similar ‘80s pop-rock sensibility in its arrangement and delivery while “We Are the Same” masks its hip-hop and R&B flavors with the sickly moan of a string section. The title track evinces a certain amount of emotion punctuated by some psychedelic git licks but, for the most part, Lang’s enormous six-string skills are downplayed across the entire album in favor of his (admittedly) soulful vocals and overwrought lyrical style.

Fight For My Soul is overproduced by miles, and I’m guessing that a lot of time and money went into crafting these performances. It’s slick, calculated and, judging from the sales numbers, a lot of you are enjoying it more than I have. I’d have graded Fight For My Soul higher if Lang would have displayed more of his blues side, but this old school pop-influenced soul just don’t cut it in today’s ragged blues world. Grade: C+ (Concord Records, released September 17, 2013)

Buy the CD from Amazon: Jonny Lang’s Fight For My Soul