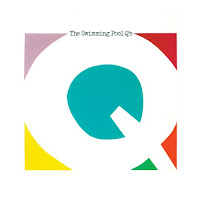 The Swimming Pool Q's – part of the first generation of Atlanta, Georgia area new wave rockers – has never really received their due. Formed in 1978, the Q's were part of a thriving Atlanta/Athens scene that included the Brains, Pylon, the B-52's, and R.E.M. Like many a band in the area, the Q's released their first album, 1981's The Deep End, on Danny Beard's DB Records label, that disc and their strong live performance chops earning the band a major label deal with A&M Records.

"Visionary pop eccentrics from Atlanta," noted Melody Maker at the time of these albums' release. "Some of the most compelling rock sounds in all of America...lofty architectural style distinguished by the elegant and muscular guitar duets between Jeff Calder and Bob Elsey and [Anne] Boston's rhapsodic alto phrasings," said the Village Voice. Rolling Stone's Kurt Loder wrote, "overlaid with Calder's unusually literate songwriting sensibility, this musical mélange is one of the freshest sounds coming out of the South."

Although the band's two major label albums received numerous critical accolades, they didn't sell enough copies to keep A&M happy and the Q's found themselves back in indieland with DB releasing their 1987 EP The Firing Squad For God, the band performing without Boston. A 1989 album for Capitol Records, World War Two Point Five followed, but by 1992 the band was tired of the rigors of the road and went on hiatus, though Calder and Elsey have gotten together several times since, releasing The Royal Academy of Reality album on Bar-None Records in 2003.

One of the truly underrated outfits of the crazy new wave '80s, the Swimming Pool Q's were one of the more artistically ambitious and entertaining bands in the South at the time and well worth another listen with the luxury of time working in their favor. 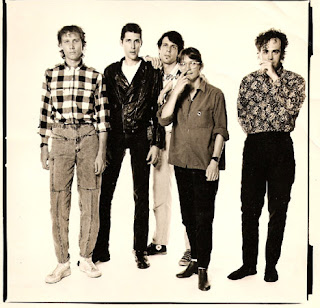