Bandcamp Download of the Month: Old Town Crier's You 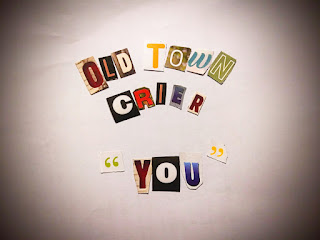 “Rock is dead!” is the tortured cry of dopey pundits and clueless label executives, proffered as an excuse for their own tone deafness, disregardful of the legions of loyal rockers roaming the American countryside with six-strings set on “stun.” Rock ‘n’ roll has lost its way, however, or at least lost the edge it once had as a medium for political commentary and reform. Although a few old-school survivors of the ‘60s like Neil Young and “Little Steven” Van Zandt still buzz and hum with righteous fury on vinyl from time to time, younger bands are afraid to take a political stance.

A lot of contemporary bands are looking for big dollar, “Big Rock Candy Mountain” levels of success, but a few are using their art as a catalyst for social change. “You”, a five-song digital EP and the second recording by Massachusetts outfit Old Town Crier, is a great example of rock ‘n’ roll being used to further a progressive political agenda that would benefit society. The EP’s title track is an infectious slab of guitar-driven power-pop with an energetic melody, cool vocal harmonies, and a stinging guitar solo that conceal some deceptively pointed lyrics. “Thin Blue Line” uses a throwback 1960s sound and Spector-esque production with chiming keyboards and crashing drumbeats to support its message whereas “Dawnland” is slower, more nuanced, evincing a shimmering psychedelic vibe with colorful guitars and gorgeous keyboards.

“Coal River Mountain” is an Americana-styled romp with wiry fretwork and a rhythmic sense of urgency (like a locomotive teetering down the track), a story-song set in the wilds of West Virginia with imaginative lyrics. The EP’s fast-paced five closes with “Radio On”, a clever, lofty pop-rock construct with hints of the Beatles, Big Star, and Harry Nilsson. Old Town Crier is the solo musical project of Massachusetts multi-instrumentalist Jim Lough, whose previous release was 2021’s five-song EP I’m Longing For You Honey In Middleboro, Mass. Recorded at The Fallout Shelter in Norwood, Massachusetts, You features Lough on vocals, guitarist Garrett Jones, bassist Alex Bilodeau, keyboardist Jenn Hwan Wong, drummer Avery Logan, and saxophonist Stephen Byth, who blows up a storm on a bonus live recording of “You”.

A mere five simoleons for five rockin’ tunes is a better deal than you’re gonna get on anything you’ll find at Dollar General or Wal-Mart, so what are you waiting for? Buy it! All proceeds from the sale of the album will be donated to progressive Democrats running in key races, namely Christine Olivo (FL-26), Jason Call (WA-02), and Melanie D’Arrigo (NY-03), and if you have anything left after buying this Old Town Crier digital EP, consider throwing a few shekels to the progressive candidates in your area.

You’ll find both of Old Town Crier’s EPs for sale RIGHT NOW on Bandcamp:
https://oldtowncrier.bandcamp.com/album/you
Posted by Rev. Keith A. Gordon at Saturday, August 06, 2022 No comments: 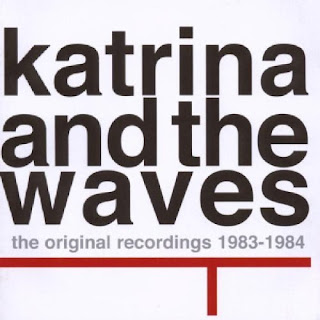 Back in the day, around 1984 or so I’d say, my fellow rock ‘n’ roll fanatic Andy Anderson turned me onto a little British pop/rock outfit that had released a couple of fine albums in Canada. Led by Katrina Leskanich’s soulful vocals and former Soft Boys’ guitarist Kimberley Rew’s solid songwriting, the band had just released its stateside debut album. They hit Nashville as part of the band’s promotional tour, and with my industry connections and the sponsorship of Andy’s Nashville Intelligence Report zine, we scored an interview with the charming Katrina. We met in the attic loft of The Brass A, the dive club the band was performing in, our interview went quite well, Katrina signed some album covers and the show that night was incredible. The band subsequently scored one of the major hits of the ‘80s from its debut album, “Walking On Sunshine” lighting up the charts for months.

Unfortunately, the Waves’ first big hit pretty much turned out to be its last. Even though they would continue to record some fine music (their Waves album is vastly underrated), they would soon be steamrolled on the charts by cro-mags like Guns ‘N’ Roses, Motley Crue, and Poison as pop music took a decidedly aggressive turn towards nerf metal. Somewhere along the way, the band’s excellent two Canadian albums became obscure footnotes in Waves’ history. Thanks to Ralph Alfonso, a long-time champion of the band and the personable boss at Bongo Beat, these long-lost albums have been revived on CD for the first time. The two albums fit comfortably on one disc, the remastered tracks overseen by Kimberley Rew and released in observance of the 20th anniversary of the band’s first album.


The Original Recordings 1983-1984 collects ten songs each from 1983’s Walking On Sunshine album and 1984’s Katrina and the Waves 2, updating the sound for the digital age from the best tapes possible but otherwise leaving the songs raw and unadorned. Capitol cherry-picked the best songs from these two Canadian albums, originally released by Attic Records, having the band re-record them for its American debut. These original versions are fantastic, however, with an immediacy and vibrancy that eludes the better-known Capitol versions. The Original Recordings 1983-1984 includes four previously unreleased bonus tracks, a 24-page booklet with exhaustive historical notes on the band, band interviews and more pictures than you can shake a stick at. A DVD accompanies this 20th anniversary release, featuring the 25-minute Live At Shepperton Film Studios video, documenting a 1983 “live-in-the-studio” performance of many of the band’s best songs and also includes the original live concert video for “Walking On Sunshine.” 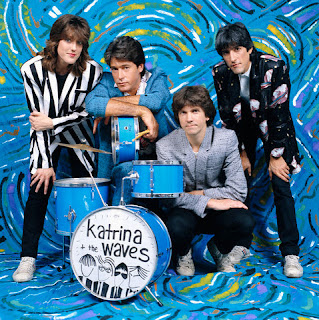 It’s the music that does the loudest talking, however, songs like “Dancing Street,” with its staccato riffs and rave-up vocals sounding like a house party, or the original “Going Down To Liverpool” with its perfect sense of ennui, a slacker ballad a decade and a half ahead of its time. The original “Walking On Sunshine” is faster-paced that the Capitol version, a blurred dynamo of energy and joy while “Brown Eyed Son” is a 60s-styled musical romp with chiming guitars and lively vocals. Some of the band’s lesser-known tunes hit just as hard, songs like the rollicking “She Loves To Groove” offering proof of Katrina’s nimble vocal gymnastics. Or the blues/pop tune “Red Wine And Whiskey,” with Rew’s guitar shining brightly in the mix and its wonderful chorus, “we’d love to take you out tonight, but we haven’t got a dime.” “Mexico,” the bittersweet “Do You Want Crying?” and the spry, rockabilly-tinged “The Game of Love” are all overlooked gems, among the best rock songs of the '80s.

Of the unreleased bonus tracks, “That’s Just The Woman In Me” is a slow-paced, soulful Stax-inspired tear-jerker magnificently belted out by Ms. Leskanich. The band’s version of the classic “River Deep, Mountain High” leaves other covers of the song in its wake, evoking the spirit of Ike & Tina Turner’s hit, reinterpreting it as a revved-up rocker with wicked fretwork courtesy of Mr. Rew. A reverent, by-the-numbers cover of Buddy Holly’s “Heartbeat” leads into an early live performance of “Walking On Sunshine,” a wonderful version of one of the decade’s best-known songs, the band’s spirit and onstage energy amplified and framed by the echo and spaciousness of the live recording. The band’s best songs are those written by Rew, whose deft hand at pop songwriting is easily the equal of such acclaimed tunesmiths as Marshall Crenshaw or Matthew Sweet.


If they are only remembered for one song, the forever-frozen-in-time “Walking On Sunshine,” Katrina and the Waves have achieved a degree of musical immortality. After listening to The Original Recordings 1983-1984, however, I’d say that it’s time for music lovers to rediscover one of the finest pop/rock outfits that the ‘80s had to offer. With bands like Hot Hot Heat and other ‘80s-era revivalists garnering critical acclaim and radio airplay these days, perhaps it’s time to take another look at the recorded legacy of Katrina and the Waves and finally provide the band the respect it has earned. (Bongo Beat Records, released October 21st, 2003)