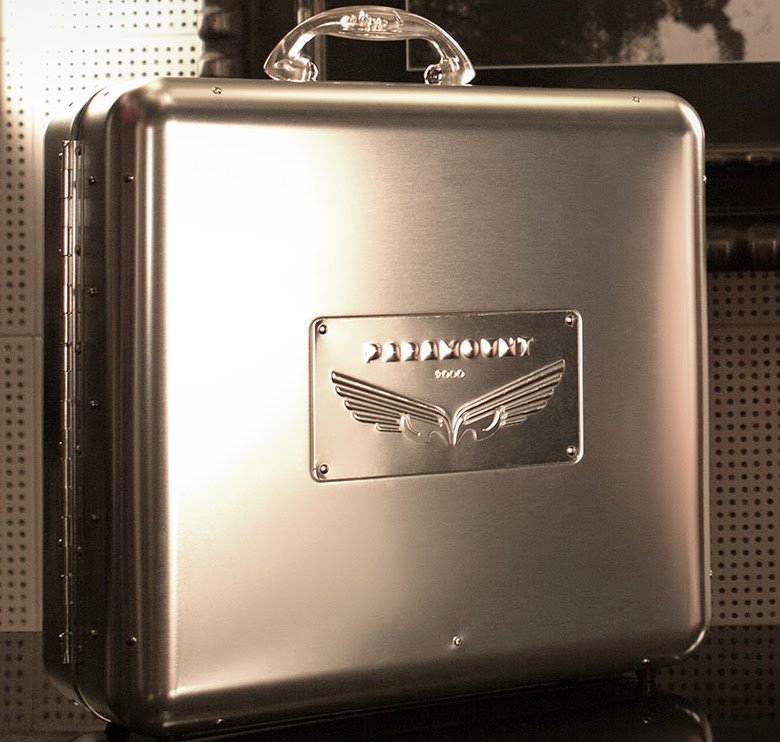 Nobody has ever accused Jack White of subtlety. The former White Stripe and Raconteur has built a successful career – both solo and with his various band side projects – based on his musical creativity and keen business sensibilities. When it comes to the literal “labor of love,” nobody embraces a project like White, which was proven by the ingenuity and experimentation that went into the special features found on the vinyl version of this year’s solo release, Lazaretto.

White’s Third Man Records label has been reissuing recordings by blues legends Charley Patton, Blind Willie McTell, and the Mississippi Sheiks from the Paramount Records catalog on vinyl for the past couple of years. In 2013, however, the label released a monster box set, The Rise & Fall of Paramount Records, Volume 1, which featured six vinyl record albums, a pair of profusely-illustrated books, and thumb drives featuring some 800 re-mastered tracks from the enormous catalog of the legendary Wisconsin record label, all packaged in a beautiful, hand-crafted oak “cabinet of wonder” designed to look like an antique Victrola record player (and sporting a price tag nearing $500!).

It was an impressive labor of love and a critically-acclaimed, if commercially dubious collection, but that’s never stopped White in the past. So what does he do for an encore? How about The Rise & Fall of Paramount Records, Volume 2, a second enormous box set which covers the years 1928 to 1932, when Paramount was the undisputed king of “race records” (i.e. blues music). Like the first, this second box set was released in collaboration with Reverent Records, which released its own massive Charley Patton box set some years ago. 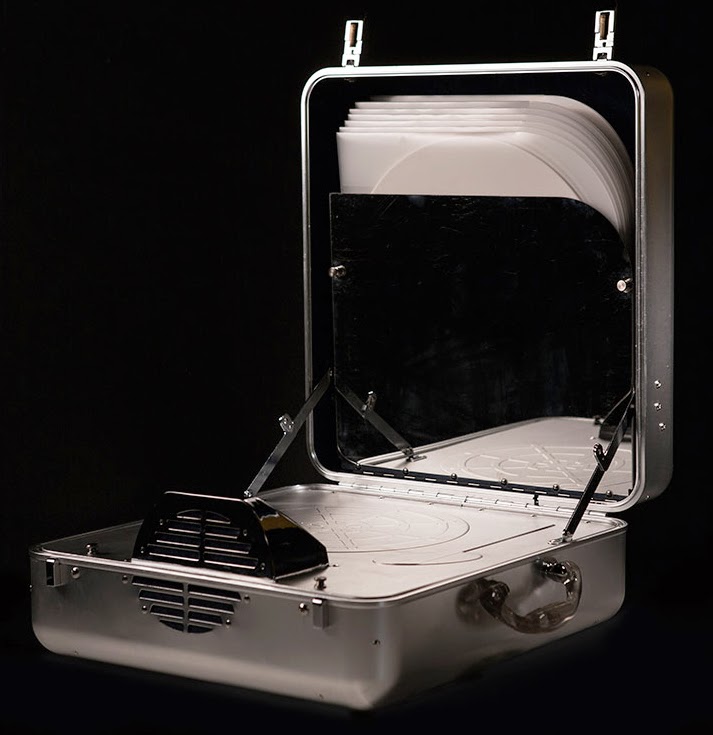 This second volume also includes six 180gram vinyl LPs and a high-capacity USB drive that includes all the music (800 songs) and more than 90 vintage Paramount Records ads that originally appeared in the African-American newspaper The Chicago Defender. A pair of big books (250pp and 400pp) features artist biographies and visual representations of the Paramount advertising art.

For the packaging this time, the label went with a shiny aluminum and stainless steel case that reflects the evolution of not only Paramount’s sound at the time, but also the American industrial revolution. Stylistically, the box is meant to mimic not only the hollow-body National Resonator guitar that was popular among bluesmen at the time, but also the radical design and function of the RCA Victor Special Model K portable record player that became popular in the 1930s.

Of the boxes design, in a press release Revenant’s Dean Blackwood says, “we didn’t want Volume 2 to be a strict bookend to Volume 1. That’s not an honest reflection of the design themes. The ’30s was the beginning of industrial design coming to the fore with its own brand of modernist design; rather than embracing exotica, our version was around this streamlined modern version of Art Deco. The machine was the source of America’s might and standing in the world, our capacity as an industrial power that connected the vast plains of our country and even other nations – that’s really where we found our sweet spot.”

The Rise & Fall of Paramount Records, Volume 2 includes some of the most essential and influential blues recordings in the history of the genre, including tracks from legends like Son House, Charley Patton, Skip James, Tommy Johnson, the Mississippi Sheiks, King Solomon Hill, Willie Brown, and literally hundreds of others. Like its predecessor, the second volume is priced well north of $400, but it’s an incredible feat – historic music packaged in style and with no little love.

White and Third Man Records have taken some heat for these Paramount sets, with an alleged rights holder filing suit against the label for copyright infringement. It’s hard to believe that these 80 to 90 year old tracks aren’t in the public domain given their age, but there’s no doubt of their influence, and I commend White and Third Man for taking the risk to bring this music to the label’s young audience.
Posted by Rev. Keith A. Gordon at Sunday, October 12, 2014