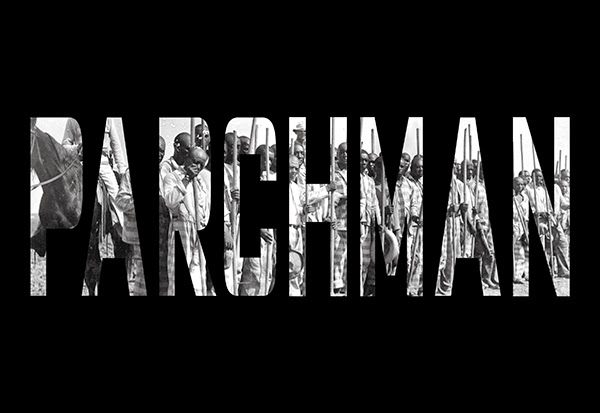 On November 11, 2014 the Dust-to-Digital label (what a great name for an archival label) will release an incredible collection titled Parchman Farm: Photographs and Field Recordings. Working in collaboration with the Association For Cultural Equity and the Alan Lomax Archives, DtD’s Parchman Farm set includes a 124-page 6.25” x 9.50” hardcover book with two CDs featuring 44 vintage blues performances (12 of which are previously-unreleased), packaged in a foil-stamped slipcase. The book offers essays by Alan Lomax, Anna Lomax Wood, and Bruce Jackson as well as 77 photos, many of which are being published for the first time. The set was produced by Steven Lance Ledbetter, founder of Dust-to-Digital, and Nathan Salsburg, curator of the Alan Lomax Archive.

So why is this set so damn cool? Musical historian Alan Lomax made three trips behind the wire at the Mississippi State Penitentiary in Parchman, Mississippi. Carrying his portable (but large) reel-to-reel tape deck during his 1947 and ’48 visits, and a camera for his 1959 visit to the institution, Lomax recorded hours of tape of prisoners singing for the Library of Congress. Lomax was the first to record Muddy Waters (known in Mississippi as McKinley Morganfield), and his enormous archive of field recordings from the Southern United States, the Caribbean islands, and the European continent is the largest collection of authentic, traditional folk music in the world.

The Parchman Farm set offers a wealth of antique recordings that are easily the equal of the Paramount Records collections released by Jack White’s Third Man Records. Although Paramount had the hits and marquee name performers, Parchman Farm provides a voice to the obscure and disenfranchised singers frequently locked up behind barb wire only for the crime of being African-America. Parchman Farm includes performances by little-known but not unimportant talents like Floyd Batts, Clarence Alexander, Grover Wells, and Willie Washington, among others.

In his essay for the Parchman Farm set, Bruce Jackson writes "Black prisoners in all the Southern agricultural prisons in the years of these recordings participated in two distinct musical traditions: free world (the blues, hollers, spirituals and other songs they sang outside and, when the situation permitted, sang inside as well) and the work-songs, which were specific to the prison situation, and the recordings in this album represent that complete range of material, which is one of the reasons this set is so important: it doesn't just show this or that tradition within Parchman, but the range of musical traditions performed by black prisoners. I know of no other album that does that."

An important, essential collection of first generation American music, the Parchman Farm set deserves space on the shelf of any blues fan. Check out the Dust-to-Digital website for more details on the set.
Posted by Rev. Keith A. Gordon at Thursday, October 09, 2014