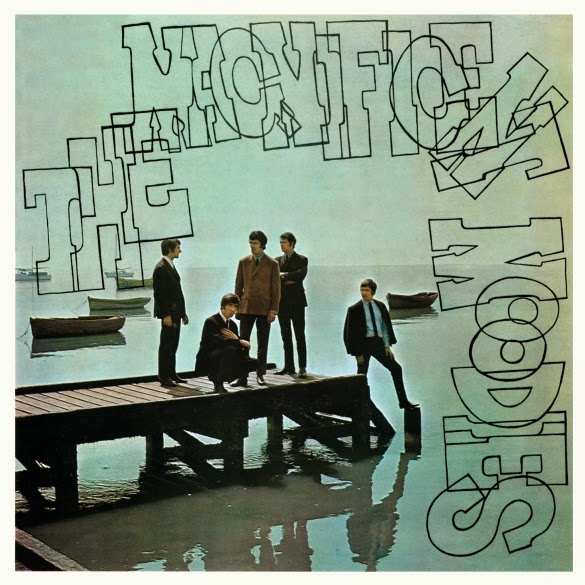 Formed in 1964 in Birmingham, England, the Moody Blues would become one of (if not the) biggest art-rock bands on the planet during the late 1960s and throughout the decade of the ‘70s. Beginning with their Days of Future Passed album in 1967, the Moodys scored an impressive string of a dozen high-charting Gold™ and Platinum™ selling albums that carried the band’s commercial momentum well into the late 1980s. Although the band’s critical acclaim would dwindle as they moved further away from the proggy, psychedelic-tinged sound of their early albums towards the pop-influenced discs of the ‘80s, the Moodys remained a popular live attraction through the end of the century.

What a lot of people don’t remember is that, like many U.K. combos, the Moody Blues started out as a soulful R&B outfit, not all that far off, stylistically, than the early Beatles or the Stones. A lot of folks also don’t realize that the band released an album prior to the chart-busting Days of Future Passed. On January 13th, 2015 Esoteric Records will release an official 50th anniversary edition of The Magnificent Moodies, the band's 1965 debut album. Featuring the line-up of guitarist Denny Laine, singer Ray Thomas, keyboardist Mike Pinder, bassist Clint Warwick, and drummer Graeme Edge, The Magnificent Moodies earned the band no little critical acclaim, and while the album didn’t chart, it did yield a number one U.K. chart hit in the song “Go Now.”

The band went on to release a number of singles between 1964 and ‘67, and when none of them reached the heights of “Go Now,” the band broke-up and reformed with Laine and Warwick replaced by Justin Hayward and John Lodge, resulting in what is considered to be the classic Moody Blues line-up. With the new members came a fresh musical orientation, the orchestral backing of Days of Future Passed leading to the signature Moody’s sound, an ambitious mix of prog-rock and psychedelic-rock with pop undertones.

This 50th anniversary reissue of The Magnificent Moodies comes in several different flavors; the one you buy will depend on your level of fandom and the depth of your bank account. The Deluxe edition includes the original 1965 album, re-mastered from the first generation master tapes, along with the myriad of singles released by the band between 1964 and ’66, including the rare “People Gotta Go,” which was only released on a rare French EP. The two-disc set also includes 29 previously-unreleased bonus tracks, including the band’s entire July 1964 sessions from Olympic studios in London, a number of surviving BBC radio sessions, and nine tracks from the summer of 1966 recorded with producer Denny Cordell for an unreleased second Moodys album (all freshly remixed from the original four-track master tapes).

The set is packaged in a clamshell box along with an illustrated booklet with previously unpublished photos and an essay by writer Mark Powell, three rare promotional postcards, and a poster. Since Amazon is listing the set right now at around $25, that’s a lot of bang for yer buck! For those of more modest means, Esoteric is also releasing a single-disc version of The Magnificent Moodies that offers the original twelve album tracks, and fifteen bonus tracks comprised of the band’s early single releases (including that elusive version of “People Gotta Go”).

Like many U.S. fans, my interest in the band began with their sophomore album, but I’m looking forward to hearing the band in a different light, The Magnificent Moodies featuring a smattering of original R&B styled tunes along with covers of songs by James Brown and Willie Dixon. Check out the Esoteric Records website for more info...

Buy the CD from Amazon.com: The Moody Blues' The Magnificent Moodies
Posted by Rev. Keith A. Gordon at Sunday, December 14, 2014