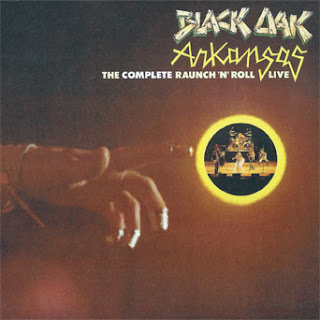 Black Oak Arkansas may well be the great lost Southern rock band. Sure, the Allman Brothers and Lynyrd Skynyrd may have had more impressive album sales, and Charlie Daniels and the Marshall Tucker Band may have garnered more respect, but when it comes down to the nitty-gritty, BOA were easily the rowdiest and most entertaining of 1970s-era redneck rockers during their initial run in the sun. Between 1971 and 1976, Black Oak Arkansas cranked out a whopping ten studio and live albums, none of them commercial chartbusters but most of them listenable and hard rockin’.

The roots of Black Oak Arkansas date back to the mid-1960s and a band by the name of the Knowbody Else, the band recording one unremarkable album for the legendary Stax Records label in 1969. Subsequently moving from Memphis to Los Angeles in 1970, the band was signed by Atlantic Records subsidiary Atco and changed its name to Black Oak Arkansas. Their self-titled 1971 debut album was produced by Iron Butterfly’s Lee Dorman and Mike Pinera and included several songs that would become a major part of the BOA live show during the ensuing years, including “Hot and Nasty,” “Uncle Lijiah,” and “When Electricity Came To Arkansas.”


The band’s debut album grazed the Billboard albums chart, rising to #127 and earning BOA its first Gold™ record, but the band’s raucous live shows provided BOA a favorable reputation that helped push subsequent releases like 1972’s Keep the Faith and If an Angel Came To See You…Would You Make Her Feel At Home somewhat higher up the charts. The band line-up of audacious frontman Jim “Dandy” Mangrum, guitarists Stanley Knight, Harvey Jett, and Rickie Reynolds; bassist Pat Daugherty; and drummer Wayne Evans (replaced by future Ozzy Osbourne timekeeper Tommy Aldridge for If an Angel…) marched across America like Sherman through Atlanta, frequently blowing headliners off the stage with their high-octane blend of twangy hard rock, blues, and electric boogie.


As popular as Raunch ‘n’ Roll Live proved to be with its audience in ’73 (my stoner high school friends and myself included), this full expanded set provides a more authentic snapshot of the band’s onstage dynamic at the time. These 24 performances overlap considerably, which is to be expected from two shows on subsequent nights, but there are four songs that were only performed once during the two concerts, none of which appeared on the original 1973 album release. There are some differences in performances as well to be found across the two discs.

Raunch ‘n’ Roll Live was unusual at the time in that it included a handful of previously-unreleased new songs amidst tracks from If an Angel Came To See You… and earlier BOA albums. Of these, the live staple “Hot Rod” is the most memorable, the song a sexually-turbocharged rocker with smothering percussion and stunning guitars laying in behind Mangrum’s growling, guttural vocals. “Up” is another fresh track and, for the life of me, I don’t know why the band didn’t reprise the electrifying live performance with a later studio version. Aside from stellar fretwork from the band’s trio of talented guitarists, “Up” features a lengthy but explosive drum solo by Aldridge that is anything but dull. Spanking the skins with machine-gun precision and maximum clamor, Aldridge keeps the song’s rapid-fire dynamic rolling until the full band kicks back in to finish up with a bang.

When Electricity Came To Arkansas


The Complete Raunch ‘n’ Roll Live offers up plenty of other breathtaking performances for the rookie BOA fan and the hardcore faithful alike. A favorite from the debut album, “Uncle Lijiah” features the perfect mix of instrumental twang ‘n’ bang alongside Mangrum’s whiskey-soaked vox while the ragged but right “Keep The Faith” provides a fine six-string showcase for the band’s guitarists. Surprisingly, the ever-popular “Lord Have Mercy On My Soul” only appears on the first disc, the song a flamethrower mix of melodic fretwork (that, in itself, reminds of the Allman Brothers) and jackhammer percussion, with Mangrum’s raw vocals providing emotional heft to a lyrical tale of sin and redemption. A cover of the traditional “Dixie” is unlike any other you’ve ever heard, Mangrum’s off-kilter a capella vocals evincing plenty of Southern drawl but also an uncertain menace as the band cranks up a righteous din of crashing drumbeats and clashing guitars.

“Hot and Nasty” remains a BOA fan fave to this day, and its syncopated percussion and funky guitar licks support a groove deep enough to drive a truck through. Mangrum’s vocals are appropriately down ‘n’ dirty here, the sonic equivalent of a flaming bucket of lard, delivered by the flamboyant frontman with a wink and a leer. Another debuting track, “Gigolo,” is a delightfully smutty tale with a melodic hook stronger than most BOA tunes and some fine chicken-pickin’ by the band’s guitarslingers. The ever-welcome “Mutants of the Monster” is a virtual saber-rattling golem with an impressively jazzy bass line, finger-poppin’ rhythms, and a swelling crescendo of instrumentation that provides a real sense of urgency for Mangrum’s howling, apocalyptic vocals. The band’s magnum opus, however, is its instrumental “When Electricity Came To Arkansas,” a rockem-sockem black cat moan that gets the crowd to stomping their feet and clapping with a rowdy washboard solo, bludgeoning guitarplay, throbbing bass runs, and powderkeg drums.


To be honest, Black Oak Arkansas wasn’t the most talented of the era’s Southern rock bands, nor were they the most innovative of the lot. Their albums were often considered inconsistent, their musical vision somewhat erratic. But dang, son, they were a hell of a lot of fun. The band’s onstage chemistry was second, perhaps, only to the Skynyrd gang at the time, and any long-haired teen that put down a fiver for a Black Oak Arkansas show ticket in the early ‘70s was all but guaranteed a rowdy rock ‘n’ roll party.

The Complete Raunch ‘n’ Roll Live corrects a wrong made some 40+ years ago when Atco decided to release a meager single LP instead of cranking up the record presses and providing fans with a rich banquet of live performances from the tapes available at the time instead of just a mere seven-song taste. The new two-disc set places Black Oak Arkansas in an entirely different light, offering a better representation of the band’s talents as well as full-length examples of their hurricane-strength live performances. Black Oak Arkansas was never the best band of the Southern rock era, but they sure knew how to rock – and The Complete Raunch ‘n’ Roll Live presents the band at its best, warts and all. Grade: B+ (Real Gone Music, released June 2, 2015) 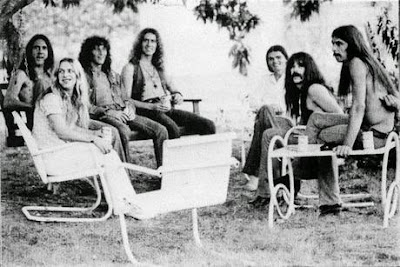 IF I LEAVE HERE TOMMOROW; there's one thing i had to "gitt-ur-done?"...and that's to make sure,the world is aware,that BOA recorded two separete concerts in OREGON,to create one of the top 5 live albums ever??...my whole point being,that there were song favorite's not on the first edition of "RAUNCH N ROLL LIVE", that is available on the complete edition,such as; UNCLE ELIJAH,KEEP THE FAITH,LORD HAVE MERCY,ETC.? i have always been a huge FAN & FRYND,of JIM MANGRUM,RICKY LEE REYNOLDS & BLACK OAK ARKANSAS* i have produced neumerous concerts with them over the years,from clubs to outdoor events,my favorite being @ BIG KAHUNA'S AMPHITHEATRE,in DESTIN,FLA.,with the GREGG ALLMAN band,in 1987~!! there have been a multitude of member changes,but one constant has not? JIM & RICKY LEE,have never,shown up with nothin less than a "BADDASSS" R n R band and some satisfied fan's*****(GIT THIS ALBUM)a stage left promotion