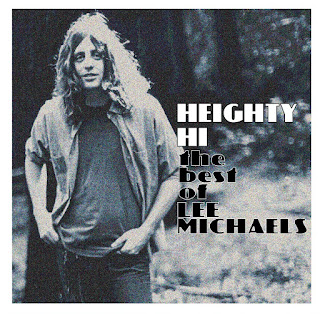 Nobody sounded quite like singer, songwriter, and keyboardist Lee Michaels during his seven-album run with A&M Records, circa 1968-1973, and while some have tried, nobody has quite nailed his unique, frequently minimalist creative vision since. A soulful vocalist often accompanied on album by only a lone percussionist, Michaels explored the use of piano, keyboards, and even harpsichord in rock music unlike any other artist at the time; even when he went the full band route by adding bass and guitar, it was Michaels’ keyboards that led the parade.

A reappraisal of Lee Michaels’ place in the rock ‘n’ roll history book as been long overdue, and perhaps the release of Heighty Hi: The Best of Lee Michaels will prompt a well-deserved rediscovery of one of the great lost rockers of the 1970s. Comprised of 20 tracks, including his lone Top Ten hit “Do You Know What I Mean,” Heighty Hi provides an insightful cross-section of Michaels’ music, pulling material from all six of his studio albums and offering a representative sample of his artistic ambitions. The compilation provides an introduction, of sorts, to new listeners and is being released alongside the seven-disc The Complete A&M Album Collection box set for those who desire to jump headfirst into Michaels’ milieu.


So what can the intrepid listener expect from Heighty Hi? Opening with the controversial title track, “Heighty Hi,” (hey, it was originally released in 1968), Michaels applies a jangly, Southern gospel vibe to what appears, on the surface, to be a pro-marijuana song but seems to me to be just as likely to also serve as an apt metaphor for peace and brotherhood. Led by Michaels’ wistful vocals and intricate piano playing, the song is certainly infectious in its charms. The comp cranks right into Michaels’ best-known tune, “Do You Know What I Mean,” a studio throwaway that, while based on a true story, the singer never really cared for…and ironically, it became his biggest hit. Featuring a repeating keyboard riff and minimal percussion, the song relies on Michaels’ tortured, tearful vocals that – whether he cared for the song or no – nevertheless channel true emotion.

If only for these first couple of songs, which stood proudly alongside the typical guitar-driven rock ‘n’ roll fare of the late 1960s and early ‘70s, Michaels deserves acclaim. As shown by Heighty Hi, though, there are lots of other fine examples of Michaels’ musical genius. “If I Should Lose You,” from Michaels’ 1968 sophomore album Recital, masterfully blends R&B roots with a bit of psychedelic pop for a quick shot of exhilaration: Michaels’ whimsical vocals and baroque piano are accented by former Paul Revere & the Raiders’ guitarist Drake Levin’s soaring notes and soulful blasts of horn on what should have been a radio-ready chart hit. Michaels’ original “The War,” also from Recital, is a somber but moving anti-war dirge lifted above the mundane by Michaels’ anguished, angry vox and his clever, effective juxtaposition of harpsichord and keyboards to create a discordant backdrop to the lyrics.


Heighty Hi includes the non-LP track “Goodbye, Goodbye,” a high-octane rocker that was released as the B-side to single “The War.” A foreshadowing, perhaps, of the sort of (slightly) more commercial rock music that Michaels would explore on his album 5th, “Goodbye, Goodbye” is a busy, engaging tune with dynamic keyboards pitted against fluid piano licks, with steady percussion (including a resonant cowbell) and an upbeat, energetic feel that should have made it an AM radio hit. The title track from Michaels’ sophomore effort, “Carnival of Life” has a psych-pop edge that’s sharply honed by intricate keyboard runs and blustery percussion while “Keep The Circle Turning,” one of the many cover songs that Michaels visited on 5th, is provided a rich foundation built on Michaels’ gospel-tinged keyboards, the singer’s reverent vocals supported by the warmth of Merry Clayton’s backing vox.

Michaels’ cover of the Marvin Gaye classic “Can I Get A Witness,” also from 5th, was the singer’s only song to hit the Top 40, and a good ‘un it is, Michaels’ high-flying voice surfing atop a recurring keyboard riff similar in sound to “Do You Know What I Mean.” The urgency and romantic frustration found in Michaels’ vocal performance separates it from his better-known hit, and while it’d never be mistaken for Gaye’s incredible version of the Holland-Dozier-Holland gem, Michaels does the song proud. Michaels shared management with fellow San Francisco rockers Moby Grape, so his cover of their raucous “Murder In My Heart (For The Judge)” comes as no surprise. A rowdy take on the song that features Levin’s nimble fretwork and explosive percussion courtesy of drummer Frosty (a/k/a Bartholomew Eugene Smith-Frost), Michaels’ deft piano-pounding and gang vocals add a real sense of menace to the song. 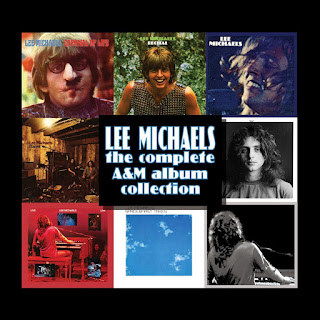 Michaels’ original “What Now America,” from 1970’s Barrel, is the sort of gritty, socially-conscious protest song that he could sink his teeth into as a songwriter (Michaels has stated on more than one occasion that his ‘love songs’ were penned only to pacify hit-hungry label execs). With minimalist backing instrumentation and intelligent, probing lyrics, Michaels’ plaintive vocals slowly reach a crescendo before ebbing back into darkness. The shortest of the four songs from Michaels’ 1972 psych-rock experiment Space & First Takes, “Own Special Way (As Long As)” re-imagines the typical love song of the day with a clamorous, keyboard-dominated soundtrack that, along with drummer Keith Knudsen’s solid timekeeping and Levin’s subtle guitar, takes on an authentic funky undercurrent.


After his stint with A&M Records concluded with the release of the obligatory Lee Michaels Live album in 1972, the singer signed with Clive Davis and Columbia Records, recording a pair of albums for the label that went nowhere when Davis, the singer’s biggest advocate, was forced out of the company. Those Columbia label albums have become obscure footnotes to Michaels’ career, sought-after collectors’ items that command posh prices. After releasing one more album, Absolute Lee, on his own independent label in 1982, Michaels retired from music altogether to pursue a successful career as a restaurateur.

In spite of his unfair distinction as a “one hit wonder,” interest in Lee Michaels and his music remains extremely high to this day, better than three decades after he sung his last note. Four previous Michaels compilations have been released on CD over the past 25 or so years, with Heighty Hi offering more songs and a much more comprehensive look at the diversity and artistry of Michaels’ music. For the casually curious, Heighty Hi will satisfy your needs, providing the ‘hit’ and much more.

As for the long-suffering, but preternaturally loyal Michaels’ fan, The Complete A&M Album Collection offers the singer’s complete run of LPs for the label, digitally re-mastered from the original master tapes, thus allowing you to shelve that worn vinyl in your collection. Either way you decide to go, you’ll be hearing a lot of great music, created by an artist who was never afraid to follow his own distinctive muse. As for those long lost Lee Michaels’ albums on Columbia, well, we can only hope… Grade: A (Manifesto Records, released November 20, 2015)

4th paragraph down, 3rd line -"“If I Should Lose You,” from Michaels’ 1968 sophomore album Recital", reminds me of why 4 eyes are better than 2...they will catch the writer's mistakes, given any committment to quality commentary. “If I Should Lose You” should read "If I Lose You" if I may be so helpful.

Also, an interesting note that isn't addressed in this article is the fact that "Goodbye, Goodbye" is ONLY available on this single disc compilation, and not included anywhere in the box set "The Complete A&M Collection". That fact alone may make this single CD worth purchasing. And, besides, it is a great sounding song!