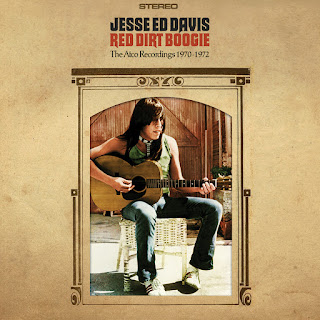 Although he’s not a household name, chances are that you’ve heard Native American guitarist Jesse Ed Davis playing on one of your favorite records, Davis an in-demand session player and touring musician during the 1970s. Originally a member of country music legend Conway Twitty’s band, Davis went in an entirely different direction as he became an integral part of roots ‘n’ blues music legend Taj Mahal’s band, playing on Mahal’s first three albums and making a guest appearance with Mahal on The Rolling Stones Rock and Roll Circus.

Davis was introduced to session work by Leon Russell, then a member of the loose-knit L.A. ‘Wrecking Crew’ collective of studio players. Davis lent his six-string talents to albums by David Cassidy, Gene Clark (The Byrds), Willie Nelson, John Lee Hooker and others, his instrumental fluency in rock, blues, jazz, and country music making him an invaluable player at any session. Davis also played alongside Leon Russell during Bob Dylan’s performance of “Watching the River Flow” at the Concert for Bangladesh, later accompanying George Harrison during his set.

Davis launched his solo career with a 1971 Atco Records release titled Jesse Davis which featured high-powered guests like Russell, Eric Clapton, Gram Parsons, Merry Clayton, and Alan White (Yes), among others. Two critically-acclaimed albums would follow in quick succession – Ululu in 1972 (released by Atco) and Keep Me Comin in 1973 (recorded for CBS), – after which Davis retreated back into session work, his talents shining on albums like Leonard Cohen’s Death of a Ladies’ Man and John Lennon’s Walls and Bridges as well as LPs by folks like Harry Nilsson, George Harrison, Ringo Starr, Tracy Nelson (Mother Earth), Donovan, and Dion.

By the end of the decade, though, Davis’s demons caught up to him, and he spent much of the 1980s battling addictions to drugs and alcohol. Davis resurfaced in the mid-‘80s, playing with Native American poet and activist John Trudell as part of the Graffiti Band. Sadly, Davis fell victim to an apparent overdose in June 1988 at the young age of 43 years. In spite of his status as a legendary session musician and solo artist, Davis’s meager catalog of solo work has been out-of-print for years. On June 2nd, 2017 Real Gone Music will correct this egregious oversight with the release of Jesse Ed Davis’s Red Dirt Boogie – The Atco Recordings 1970-1972. Featuring 17 tracks from Davis’s two of Atco Records albums as well as a pair of unreleased alternate takes, Red Dirt Boogie was re-mastered by Mike Milchner at SonicVision.

The set also includes liner notes by writer Pat Thomas and rare photos from the Atco Records archives. The timing for rediscover of Jesse Ed Davis’s talents couldn’t be better, as the release of Red Dirt Boogie coincides with the guitarist’s appearance in the new documentary film Rumble: The Indians Who Rocked the World which explores the forgotten role of Native American musicians in popular music and also includes the Band’s Robbie Robertson and John Trudell. For long-suffering Davis fans, though, it will be nice to have these performances back on CD after better than a decade off the shelves.