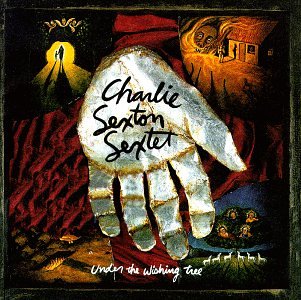 Hendrix, circa 1968. Swirling guitar leads, banging chords, and a chaotic psychedelic sound. That’s what “Neighborhood,” the opening cut from Under the Wishing Tree calls to mind. The disc rapidly changes direction, slowing the pace down a notch and reining in a bit of the musical anarchy that kicks it off, but that doesn’t make it dull by any means.

Charlie Sexton, a Texas guitarslinger with a few miles under his young belt, is a vastly underrated picker who has never received the respect he deserves. Two previous releases – his first recorded before he was out of his teens – won Sexton a loyal following and critical accolades, if precious little else.

Under the Wishing Tree has the power to change all that. Cuts like “Wishing Tree” or “Ugly All Day” showcase a world-class player with a few tricks left under his hat, while more complex, flavorful fare like “Sunday Clothes” or “Spanish Words” offer an artist caught in the throes of growth pains, willing to experiment – musically and lyrically – in order to mature.

It is the twelve-minute story-song “Plain Bad Luck and Innocent Mistakes,” a tale as grand as the desert wasteland, that proves to be Under the Wishing Tree’s defining moment. Sexton pulls out all the stop sin the creation of an adventurous and memorable musical moment. This is rock ‘n’ roll delivered the Sexton way, full of guitar riffs, artistic sweat, and enough attitude to make it all worthwhile. (MCA Records, released March 28, 1995)

Buy the CD from Amazon.com: Charlie Sexton Sextet's Under the Wishing Tree