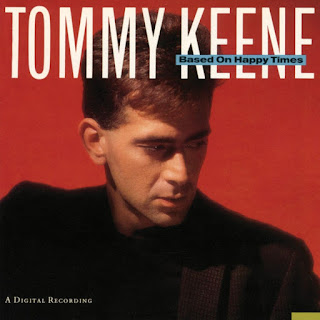 We’re saddened to report on the death of singer, songwriter, and guitarist Tommy Keene of natural causes at the very young age of 59 years.

Keene is known for his melodic power-pop songwriting skills, and over the course of a career that spanned four decades, Keene released better than a dozen critically-acclaimed live and studio albums. Born in Bethesda, Maryland Keene was taught classical piano as a child before teaching himself drums and guitar. As a teenager, Keene performed in Blue Steel, a trio with Nils Lofgren’s younger brother Mike, before forming the Rage with singer/songwriter Richard X. Heyman. Keene left the Rage to join the Washington, D.C. area band the Razz, which opened for artists like Patti Smith and the Ramones.

After touring with singer Suzanne Fellini as a sideman, Keene decided to form his own band with former bandmates Ted Nicely and Doug Tull from the Razz. The band released their 1982 debut album, Strange Alliance, under Keene’s name on their independent Avenue Records label before signing with the Dolphin Records label in North Carolina. Keene subsequently recorded two EPs for Dolphin before getting signed to Geffen Records. The major label released a pair of well-received Keene albums in 1986’s Songs From the Film and 1989’s Based on Happy Times before dropping the artist from their roster. To be sure, Geffen had no idea of how to promote Keene’s unique brand of melodic rock and intelligent songwriting as they were literally printing money with Guns N’ Roses albums.

Keene built upon his major label exposure with a string of solid indie recordings throughout the 1990s and early ‘00s, released by labels like Alias Records, Matador Records, and spinART Records. In 2009 he was signed by Stephen Judge’s fledgling Second Motion Records label, which would release a handful of Keene’s recordings between 2009’s In the Late Bright and 2015’s Laugh In the Dark. Second Motion also released a career-spanning 2010 retrospective titled Tommy Keene You Hear Me.

I interviewed Tommy Keene once during his brief major label career, but never had the pleasure of meeting the artist who, by all accounts, was a helluva nice guy in addition to being incredibly talented. Our pals Stephen Judge (publisher) and Fred Mills (editor), who knew and worked with Keene, have put together an excellent remembrance of the underrated talent on the Blurt magazine website.