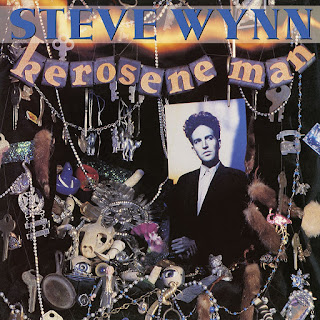 For much of the decade of the 1980s, Dream Syndicate was the leading light of the “Paisley Underground” scene in L.A. Fronted by singer, songwriter, and guitarist Steve Wynn, the band were critical darlings, and although they released but a handful of albums during their first run at the brass ring (The Days of Wine and Roses being a bona fide classic of the indie-rock era), they would be a major influence on bands to follow.

When the band broke up in wake of the release of 1988’s Ghost Stories, Wynn set out on a solo career that is still going strong some 30+ years later. Wynn launched his career with the release of 1990’s critically-acclaimed Kerosene Man album, following it up a couple of years later with the equally-excellent Dazzling Display. Both albums have been in-and-out-of-print over the years, but on April 27th, 2018 Omnivore Recordings will reissue both discs as deluxe expanded editions.

Wynn writes in the new liner notes for Kerosene Man, “sure, I was nervous. I had spent most of my adult life making music with the Dream Syndicate – a very good, successful band, with musicians I still considered very good friends. Bands break up because the members hate each other, or because nobody cares, or because someone in the band joins the Rolling Stones, or something. That wasn’t the case with us. I just wanted to try something different. I wanted to play different kinds of music, make new sounds, play with new people. I wasn’t running away from anything. I was just running towards something new.” 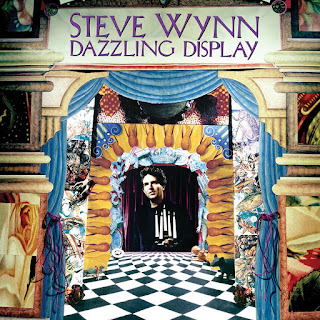 Released two years after his solo debut, Wynn’s Dazzling Display also featured talented friends like Vicki Peterson of the Bangles, Peter Buck of R.E.M., and Flo & Eddie (Mark Volman and Howard Kaylan of the Turtles and the Mothers of Invention). The expanded edition of the album also includes five rare live bonus tracks. The reissue versions were both overseen by Wynn himself.