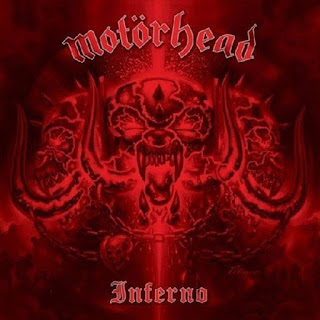 Motörhead has been this “legendary heavy metal band” for so long that even many critics have overlooked the metal icon’s overall importance in the grand scheme of things. Frontman Lemmy Kilminster’s roots are in typical ’60s-era British R&B, but it’s when he joined prog-rockers Hawkwind that things began to get interesting. As bassist for the space-rock outfit during the early ’70s, Lemmy perfected both his bottom-heavy instrumental style and his songwriting skills.

When kicked out of Hawkwind for a myriad of offenses, Lemmy formed Motörhead as an outlet for his aggressive hard rock vision, equal parts British biker culture, pre-punk punk rock attitude, and heavy metal thunder. Over the course of dozens of albums, Lemmy and Motörhead's ever-evolving line-up managed to affect punk, heavy metal, and thrash unlike any other artistic influence.


For almost thirty years, Motörhead’s musical blueprint has been consistent and consistently powerful: Lemmy’s gruff vocals spitting out lyrics above a massive slab of feedback-driven guitar riffs and thunderous drumbeats. Inferno, the band’s latest, doesn’t stray far from the formula. The blistering “Terminal Show” kicks off the disc, a futuristic tale of woe set to a speed metal soundtrack that careens out of control approx. 30 seconds into the song, guest axeman Steve Vai’s razor sharp leads standing in counterpoint to Phillip Campbell’s percussive riffs. 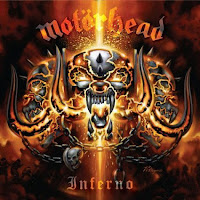 From here, the pace never diminishes, drummer Mikkey Dee’s merciless rhythms driving the songs forward while Lemmy’s bass bludgeons the listener and Campbell’s six-string work punches with the subtlety of a sledgehammer. The only surprise on Inferno, perhaps, is the acoustic “Whorehouse Blues,” an overt reference to the influence of traditional blues (and British blues-rock) on Motörhead’s metallic sturm-und-drang.

Inferno is both timeless and out-of-time, Lemmy serving up uncompromising rock ‘n’ roll field-tested by better than a quarter-century of hard roadwork. In Campbell and Dee, Kilminster has the band he’s always wanted, the iron fist inside the tattered leather glove. Like most Motörhead albums, Inferno is dominated by themes of sex, death, power, and the near-mystical aesthetic of rock ‘n’ roll. The songs roar like a wolf at the door and scream louder than Dante’s nightmares, Motörhead an anachronistic thorn in the side of the music business, the rude guest that refuses to leave the modern rock party.


You won't hear Inferno on the radio, but its importance will be felt five or ten years from now when the kid who discovers Motörhead through this album forms the next Metallica or Nirvana. In the end, Lemmy won’t be remembered so much for the remarkable simplicity and strength of his music but for the young musicians who continue to be influenced by the uncompromising honesty and anarchistic spirit that is Motörhead. (Steamhammer Records, 2004)