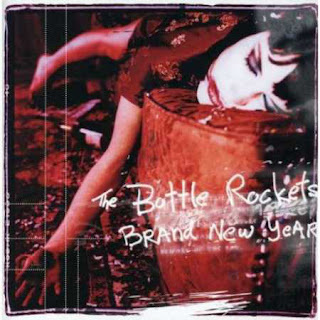 Forever doomed, it seems, to working the cult-following fringes of the alt-country music scene, the Bottle Rockets return to the indie ranks with Brand New Year, a solid, if not spectacular set of songs. The band’s overwhelming appeal has always been in the songwriting skills of Brian Henneman and the shit-kicking country/rock hybrid that underlined the lyrics.

With Brand New Year, though, Henneman hides behind a co-writer on seven cuts out of the fourteen, kicking in only three solo songs. Contrast that with the eight solo cuts he wrote for 24 Hours A Day, arguably the Bottle Rockets’ best effort, and you’ll see where Brand New Year falls off. When Henneman is collaborating with folks like ex-Georgia Satellite Dan Baird or producer Eric “Roscoe” Ambel, the results are lively, with the writers working well off each other. Other collaborative efforts sound more strained and lifeless.

That’s not to say that there isn’t some good music to be found on Brand New Year – several cuts here will produce smoke and flames from that five-CD changer of yours. The Baird collaboration, “Nancy Sinatra,” is as funny as it is naughty, “I’ve Been Dying” shows more attitude than any dozen punk songs you’d care to name while the anti-technology cut “Helpless” paints Henneman as a joyful luddite. The powerful “Gotta Get Up” is a minimalist anthem for every blue-collar Joe whose life revolves around the 40-hour week. With cranked up amps, tortured guitars and brilliantly simple lyrics, “Gotta Get Up” effectively portrays the working class grind.

However, the flat spots on Brand New Year, especially the inane “The Bar’s On Fire,” detract from the album’s musical high points. The result is something I never thought I’d hear from the Bottle Rockets – an uneven album. Even a mediocre Bottle Rockets’ album is better than almost any other band you’ll hear, though, and Brand New Year’s best cuts still stand head-and-shoulders above 90% of the dreck you’ll find out there. (Doolittle Records, released August 10, 1999)