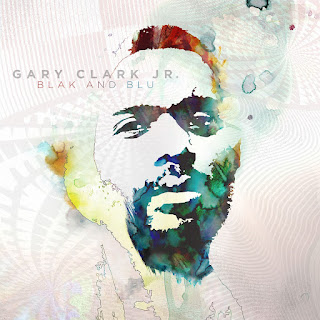 Gary Clark, Jr. is the most exciting thing to happen to a stolid blues scene since, well, since fellow Texas gunslinger Stevie Ray Vaughan blew out of the Lone Star state like a whirlwind and upset the slumbering status quo back in the early 1980s. Plucked out of relative obscurity in 2010 by Eric Clapton who, perhaps, saw something of past glories in the young guitarist, Clark had his coming out party at that year’s Crossroads Guitar Festival.

After releasing a trio of independent albums on the Hotwire label, Clark’s association with the blues-rock legend led to a major label deal and the critically-acclaimed The Bright Lights EP, which has spent the better part of the last year hanging around the upper-reaches of the Billboard magazine blues chart alongside such heavyweights as Joe Bonamassa, Bonnie Raitt, and the Tedeschi Trucks Band. So, is Clark the 21st century savior of the blues or just another pretender to a long-vacated (and largely imaginary) throne? He’s certainly no pretender, and while the book has yet to be written on his lasting influence on a blues scene that often refuses to budge easily, this much is certain – Blak and Blu is a stunning, ground-breaking work.


For Clark’s newfound fans – who have waited better than a year for his full-length debut album – it’s unlikely that they’ll be disappointed by the guitarist’s magnificent Blak and Blu. Not even The Bright Lights EP could have prepared listeners for the stunning depth of songs like “Ain’t Messin’ ‘Round,” which seamlessly blends brassy old-school R&B with a Memphis soul groove and a rock ‘n’ roll heartbeat to one-up the Black Keys at their own game (including the tasteful Steve Cropper-styled guitar licks). Clark enjoys his Jimi Hendrix moment with the bold, bigger-than-life blues-rock dirge “When My Train Pulls In,” the song mixing a Delta blues spirit with an undeniable Stevie Ray Vaughan vibe, Clark’s tortured solo leading out of the song sending shivers down the spine of any true guitar fan.

Clark is no two-trick pony, however, venturing beyond blues and soul and onto avant-garde turf with the chilling title track, a tear-jerking tale of abuse that displays a jazzy edge in its sampling of the great Gil Scott-Heron, the song firmly rooted in the blues as it also picks and chooses from Albert King’s classic “As the Years Go Passing By.” The result sounds like early Prince and achieves more, via its eclectic instrumentation, than anything the Purple One has done in the past decade. On the flip-side, “Travis County” is a Bruce Springsteen-styled poop-punter with rockabilly leanings and an infectious backbeat. The doo-wop flavored “Please Come Home” comes fully-packed with strings and vocal harmonies, like an old Etta James joint from the late 1950s or early ‘60s, Clark showing off his singing chops with elegant Smokey Robinson-styled vocals, but his lively guitarplay evinces a later, more emotionally fraught time and place.


Third Stone From The Sun


The insightful lyrics of “The Life” are matched by a melodic amalgam of neo-soul, hip-hop, and funk while the heavy “Numb” is a snarling beast armed with molten riffs and tusk-gnashing rhythms. Clark’s mash-up of Hendrix’s “Third Stone From the Sun” with Little Johnny Taylor’s “If You Love Me Like You Say” (best known from Albert Collins’ Frostbite LP) provides plenty of cheap thrills, jumping off with the crash and rattle of ringing guitars and sporadic drumbeats. The swirling psychedelic blues-rock instrumentation (sans vocals) quietly and quite suddenly evolves into “If You Love Me Like You Say,” Clark’s approach to the song adding a bit of sly Southern funk to Collins’ original reading of the song.

Clark changes directions one last time with the acoustic-blues stomp ‘n’ stammer “Next Door Neighbor Blues,” the song itself a sort of dichotomy, its contemporary lyrics gussying up an undeniably Delta-influenced soundtrack. Clark’s voice is altered electronically to mimic the echo found on those old 78rpm records, maybe even rising up a notch in pitch to sound more like an old Tommy Johnson side, but there’s no arguing with the result, the guitarist’s spry fretwork chiming like Son House, the song riding a razor’s edge between modern chic and authentic Mississippi throwback.


Music lovers are going to rejoice over Clark’s debut even as blues purists are gonna hate, but the truth is that Blak and Blu marks the emergence of a major talent who is bringing his love of blues and soul to mainstream audiences. Regardless of whether or not we’ve heard it all before, we’ve never heard it quite like this – as Gary Clark, Jr. puts his own unique stamp on the familiar, he walks further down the path blazed by Clapton, Hendrix, Vaughan, and few others, venturing beyond their footsteps to mark a direction for others to follow in the future. Blues, welcome to the 21st century! (Warner Brothers Records, released October 22, 2012)