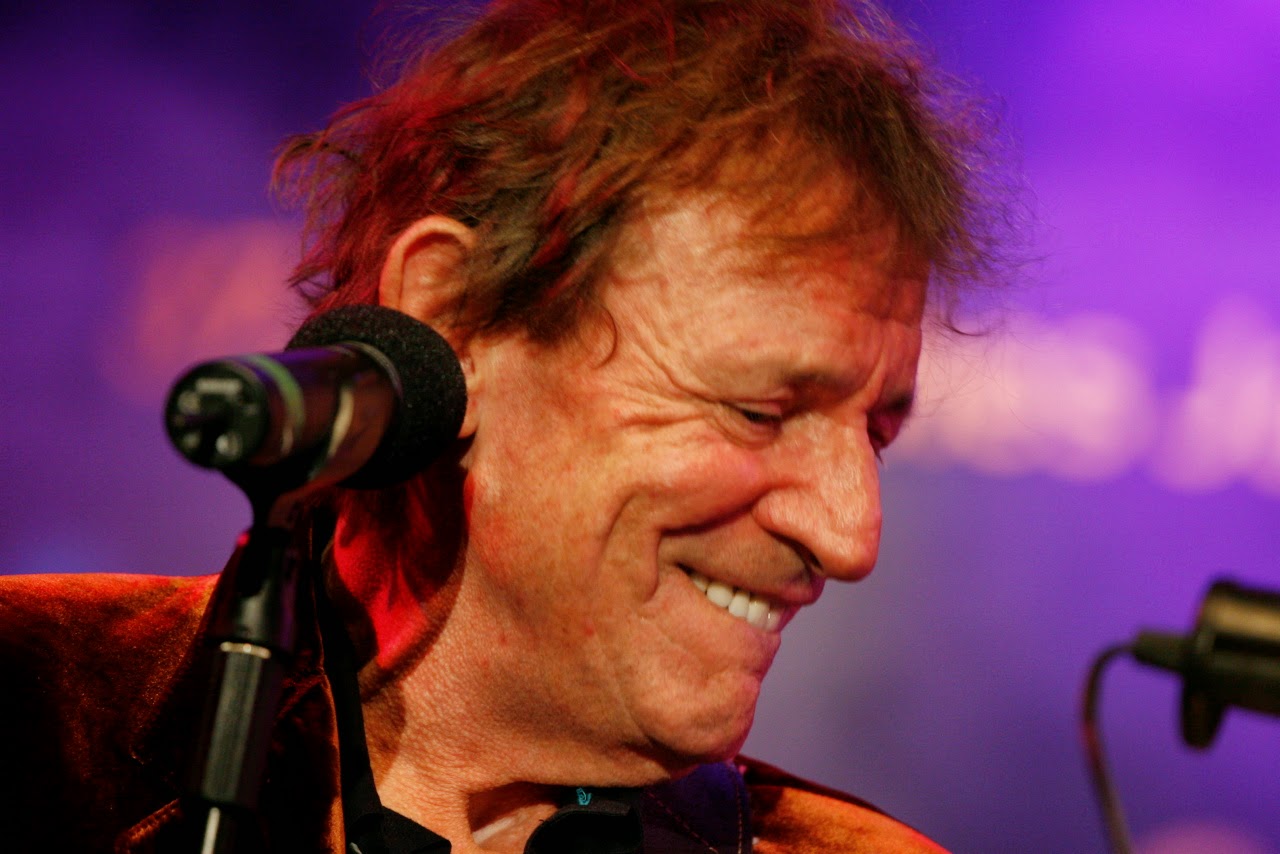 Bruce is best-known for the brief 2½ years he spent as Cream’s bassist, singer, and primary songwriter circa 1966 to ‘68. Although the band’s tenure was short, they released four incredibly influential studio albums during their meteoric rise and eventual break-up. Bruce, guitarist Eric Clapton, and drummer Ginger Baker fused rock music and the blues unlike any band before them, and their musical legacy and immense commercial success would chase all the members for the remainder of their individually lengthy careers.


Before his enlistment into Cream, Bruce had already spent almost a half-decade as a pro, first with Alexis Korner’s Blues Incorporated (a veritable breeding ground for British blues-rock talent), and later as a member of the Graham Bond Quartet (with guitarist John McLaughlin and drummer Ginger Baker alongside keyboardist Bond). Shortly after the quartet evolved into the Graham Bond Organisation with the departure of McLaughlin, Bruce’s tumultuous relationship with Baker would become downright combative, leading to Bruce’s departure from the band.

Bruce spent a short time in the mid-1960s with John Mayall’s Bluesbreakers, where he first met guitarist Clapton, before jumping ship to the Manfred Mann Band, where he gained his first taste of chart success with the hit single “Pretty Flamingo.” A one-off project with Clapton and singer Steve Winwood (pre-Traffic) under the band name Powerhouse resulted in a handful of tracks for a subsequent compilation album, but is notable mostly because it was an important precursor to the forming of Cream.


Before Cream’s break-up in 1968 (the writing clearly on the wall), Bruce recorded an acoustic jazz album with guitarist McLaughlin and former bandmates Dick Heckstall-Smith and Jon Hiseman; titled Things We Like, it wouldn’t be released until 1970 as Bruce’s sophomore album. Bruce launched his solo career proper with the 1969 album Songs For A Tailor, an engaging mix of blues, rock, and jazz recorded with saxophonist Heckstall-Smith, drummer Hiseman, guitarist Chris Spedding, and other friends. 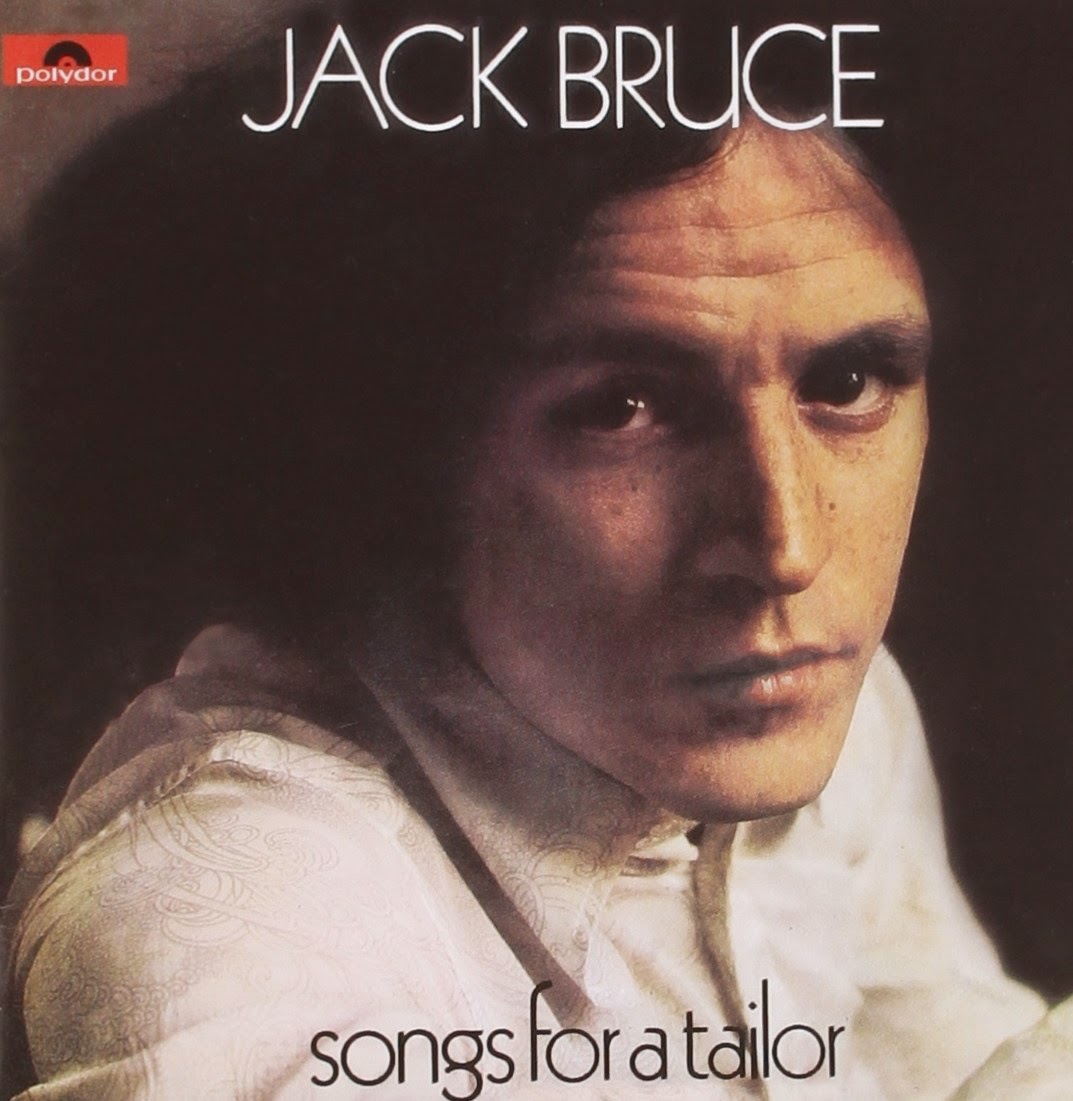 Songs For A Tailor would create the blueprint for the next four-plus decades of Bruce’s career as he would chase his restless muse across a musical landscape that explored the depths of hard rock, blues, jazz, fusion, British R&B, and rhythmic world music. Unlike many solo artists of his stature, after scoring a modest hit album (#6 on the U.K. charts, #55 U.S.), Bruce hooked up with the jazz-fusion band Lifetime with drummer Tony Williams and guitarist McLaughlin, appearing on the band’s second album.

This, too, would set a pattern for Bruce’s lengthy career – shortly after the 1971 release of his third solo album, Harmony Row, Bruce formed the Cream-influenced West, Bruce & Laing in 1972 with two former members of Mountain, guitarist Leslie West and drummer Corky Laing. The trio released two studio albums and one live set that still stand up well as guitar-heavy slabs of 1970s-era arena-rock, but by 1974 Bruce was on his own again, releasing his fourth solo album, Out Of The Storm, and subsequently lending his talents to recordings by Frank Zappa and Lou Reed.


By the end of the 1970s, however, Bruce’s drug addiction had spiraled out of control, leaving him almost broke. Session work with artists like Gary Moore and Yes’s John Anderson firmed up his finances and lead to the formation of Jack Bruce & Friends with drummer Billy Cobham (who had been introduced to Bruce by old friend McLaughlin), former Humble Pie guitarist Clem Clempson, and keyboardist David Sancious (E Street Band) which released 1980's I've Always Wanted To Do That.

Bruce continued to make music throughout the 1980s and ‘90s, first as part of a trio with guitarist Robin Trower that would release two well-received albums (the first of which, B.L.T., went Top 40 in the U.S.), and as a solo artist, releasing a handful of recordings under his own a name. Bruce collaborated and performed with a number of musicians during the ensuing decades, including former Roxy Music guitarist Phil Manzanera, blues-rock guitar legend Rory Gallagher, and world music producer Kip Hanrahan. Yet another power trio by the name of BBM featured guitarist Moore, Bruce, and Baker, who managed to record a single 1993 album before old tensions between the former Cream bandmates flared up again.

Jack Bruce In The New Millennium


Bruce continued pursuing his musical curiosity into the new millennium, forming a band with Funkadelic’s keyboard wizard Bernie Worrell and former Living Colour guitarist Vernon Reid which recorded the 2001 album Shadows In The Air. Bruce toured as part of Ringo Starr’s All-Star Band with guitarist Peter Frampton, and in 2005 he joined his former Cream mates for a series of sold-out reunion shows. Bruce went back into the studio with Trower in 2008 for the well-received Seven Moons album and a subsequent tour, and later that year he became part of the Lifetime Tribute Band with Reid, keyboardist John Medeski, and drummer Cindy Blackman to play jazz-fusion in the Tony Williams’ vein. The same musicians would re-form as Spectrum Road, named for a Lifetime song, to tour and record a 2011 album.

In 2014, Bruce released the critically-acclaimed Silver Rails, his first solo album in a decade, recorded with old friends like Manzanera and Trower. Bruce had suffered from ill health for years, however, the legendary bassist first diagnosed with liver cancer in 2003 and receiving a transplant that was initially rejected by his body. Although he worked consistently since that point, the disease reoccurred and finally took the life of one of the most influential musicians in the history of rock ‘n’ roll.

Bruce’s impact on bass players is immeasurable, and as an innovative and accomplished artist in his own right, Bruce leaves behind an enormous musical legacy that stands proud alongside the groundbreaking work he did with Cream early in his half-century career.