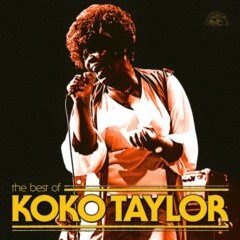 Chicago blues institution Alligator Records may be pushing 50 years old, but the label continues to swing with the times, signing talented young artists like Selwyn Birchwood and Jarekus Singleton, essentially promoting both the future of the blues with new artists, and the music’s past with a catalog of essential blues music.

In promoting this rich back catalog of great music, Alligator Records has announced the January 15, 2015 digital-only release of nine “best of” albums that represent an impressive slate of artists. Koko Taylor, Hound Dog Taylor, James Cotton, Coco Montoya, Tinsley Ellis, Lil’ Ed and the Blues Imperials, Roomful of Blues, Eric Lindell, and Lonnie Mack will all have the best of their best recorded for Alligator released as digital albums. Each “best of” set features between 15 and 20 songs and runs from 70 to 90 minutes, and will be available for download from iTunes, Amazon.com and other major digital music retailers. 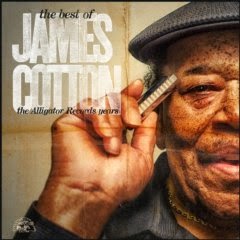 Label founder Bruce Iglauer has chosen a great set of artists to represent the diversity and electricity of Alligator Records, and he personally re-mastered each “best of” album. Although all of these artists are worthy of your time and monetary investment, if pressed I’d have to choose three traditional artists to begin with – Koko Taylor, Hound Dog Taylor, and James Cotton. Miss Koko was the “Queen of Chicago Blues” until her death in 2009 and The Best of Koko Taylor features 17 songs that span the entirety of her lengthy tenure with Alligator, including such classic cuts as “Wang Dang Doodle,” “I’m A Woman,” “Evil,” and “Let The Good Times Roll.”

James Cotton’s musical legacy is well-established, the harp wizard honing his skills with the great Muddy Waters before launching a solo career that continues to this day, resulting in the award-winning 2013 album Cotton Mouth Man. The digital The Best of James Cotton offers 17 great performances running over 75 minutes, featuring both live and studio tracks, including material from the acclaimed Harp Attack! album Cotton recorded with fellow harmonica masters Junior Wells, Carey Bell, and Billy Branch. 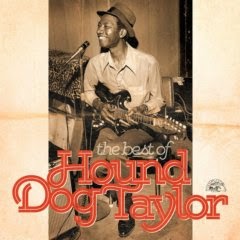 Chicago blues legend Hound Dog Taylor is the reason why Alligator Records exists, Iglauer originally forming the imprint to record the guitarist and capture his electrifying mojo on disc for posterity. Better than 43 years later, the late Taylor remains one of Alligator’s signature artists, and The Best of Hound Dog Taylor features 18 houserockin’ songs, including seven live cuts, and offers up such raucous tracks as “Give Me Back My Wig,” “Don’t Blame Me,” “She’s Gone,” and a scorching live version of “Kitchen Sink Boogie” among its 72+ minute running time.

According to Iglauer, re-listening and re-mastering these classic blues tracks was not an easy task. “It was a very enjoyable but tough job choosing which tracks constitute the ‘best’ of these great artists. We chose their biggest radio songs and most-requested fan favorites, but also included some tracks that we consider unrecognized gems among their recordings. New fans will find these a great introduction to these artists, and established fans will find tracks they may be unaware of. I think the re-mastering brings out more details of the music and makes the listener appreciate the quality of these performances even more.”
Posted by Rev. Keith A. Gordon at Thursday, January 15, 2015