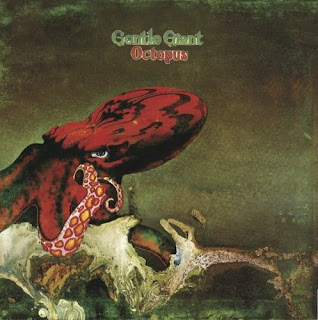 Prog-rock legends Gentle Giant released Octopus, the band’s fourth album, in 1972 to mixed reviews. Those critics with a proclivity towards progressive music hailed Octopus as another step forward for the band artistically and a fine example of the prog-rock form; less charitable pundits found the album plodding and uninspired.

Over time, however, Octopus has been rediscovered by prog-rock fans and is now considered one of Gentle Giant’s creative triumphs. Writing for All Music Guide, noted critic and rock music historian Dave Thompson says “returning to Gentle Giant's fourth album after any kind of lengthy absence, it's astonishing just how little Octopus has dated. Often written off at the time as a pale reflection of the truly gargantuan steps being taken by the likes of Jethro Tull and Barclay James Harvest…Gentle Giant often seemed more notable for its album art than its music. Octopus, however, marries the two seamlessly…and the end result is an album that has withstood the test of time a lot better than anyone might have expected.” 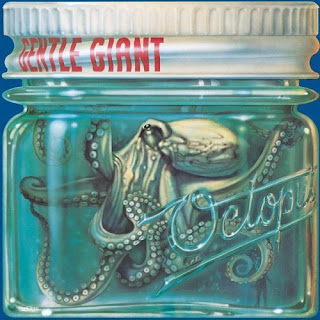 For the recording of Octopus, Gentle Giant featured original band members Gary Green (guitars), Kerry Minnear (keyboards) and the three Shulman brothers – vocalist Derek, bassist Ray, and saxophonist Phil – along with a new drummer, John Weathers. Octopus was produced by the band and engineered by Martin Rushent who, at that time, had already worked on classic albums by T-Rex and Fleetwood Mac.

Wilson’s re-mix of Octopus includes a bonus live fifteen-minute concert performance of “Excerpts from Octopus,” sourced from the band’s 1976 tour. The Blu-ray version also includes instrumental mixes of five of the eight original album tracks, and both CD and Blu-Ray include new sketches by Roger Dean (who created the original U.K. album artwork) as well Charles White’s original “octopus in a jar” cover art that was used in the U.S.