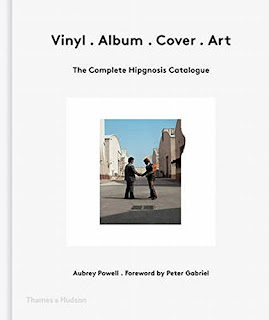 If you’re of a similar vintage as the Reverend (i.e. the back end of the ‘Baby Boom’) or maybe just a fan of 1970s-era ‘classic rock,’ the odds are good that you’ve run across album art created by the incredibly imaginative design studio that was Hipgnosis. Formed in 1967 by photographer and designer Aubrey Powell and graphic designer Storm Thorgerson, the pair were still students at the Royal College of Art when they were asked by their school friend Syd Barrett to design the cover for Pink Floyd’s second album, A Saucerful of Secrets.

Their success with that cover design led to jobs on albums by artists like Free, the Pretty Things, Tyrannosaurus Rex (Marc Bolan), Alexis Korner and, by 1970, Hipgnosis (named by Barrett) had opened its studio on Denmark Street in London. Musician, photographer, and designer Peter Christopherson (Throbbing Gristle, Coil) joined Hipgnosis in 1974 as an assistant, becoming a full partner in 1978 and providing his invaluable creative insight to the studio’s many projects. Throughout the decade of the 1970s and inching into the ‘80s before the studio dissolved in 1983, Hipgnosis designed literally hundreds of album covers, arguably defining the art form for a generation or more. 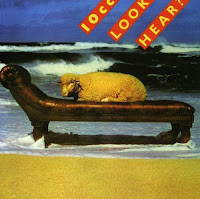 There have been other book-length collections of Hipgnosis album artwork published before, but none have been so sumptuous a feast for the eyes and senses as Aubrey Powell’s Vinyl. Album. Cover. Art. A solid, bricklike 8” x 9.5” hardback tome consisting of 320 thick pages featuring some 480 illustrations, the book is no mere coffee table decoration but rather a valuable research tool for those of us enamored of the art of album cover design. A beautiful, carefully-constructed book (thus the $40 price tag, though it’s not hard to find a cheaper price), Powell does more in Vinyl. Album. Cover. Art. than merely offer up color photos of past glories.

As one of the innovative creators of the vast majority of the album covers presented herein, Powell frequently tells the story behind a cover, the (then primitive) graphics process used in creating the artwork, and often-humorous tales that provide insight into the rock ‘n’ roll world for which Hipgnosis provided the public face that would be seen in advertising, record stores, and music collections around the world. One of my personal fave stories in the book is that of British rockers 10cc and the cover to their 1980 album Look Hear, featuring a sheep lying on a psychiatrist’s couch placed on a beach. After the band signed off on the idea, Powell was flown to Hawaii to handle the cover photography, only to find that his Freud-inspired couch prop was nowhere to be found on the island. 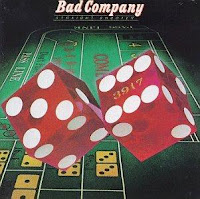 The label paid to have a couch constructed while Powell hung around the beach, but then they had trouble getting the sheep to sit still on the couch, the skittish animal scared by the sound of the ocean’s waves. They finally got the shot and a cover was created – with no expense spared in getting the photograph, an illustration of the lengths artists (and their long-suffering record labels) would go to get the right album cover art to represent their music. Hipgnosis was a youthful group of visual innovators, and those bands that took advantage of the studio’s collective overactive imaginations must have been happy with the results – Hipgnosis could brag of many ‘repeat customers,’ the studio designing multiple album covers for artists like Pink Floyd, Led Zeppelin, 10cc, UFO, Wishbone Ash, Bad Company, Gentle Giant, the Pretty Things, Paul McCartney & Wings, among others.

Hipgnosis used the entire 12” x 12” album size as a blank canvas upon which to tell a story to compliment the music (sometimes 12” x 24”, encompassing the back cover as well), the studio providing every project with brilliant, colorful art that has withstood the test of time. Although there are many classic albums in the Hipgnosis catalog – Led Zeppelin’s Houses of the Holy and Presence, Pink Floyd’s Dark Side of the Moon and Wish You Were Here, Wings’ Band on the Run, etc – the studio’s lesser-known work for relatively-obscure bands like Audience, Strawbs, Hydra, Caravan, and Brand X, to name but a few, is equally stunning, memorable for its artistic expression and unforgettable imagery. 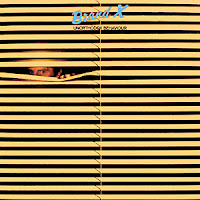 The late 1960s and the bulk of the ‘70s were a time of expansion and experimentation in music, photography, and visual art of every kind as traditional clichés fell away, young creative minds pursued new avenues of thought (sometimes assisted by recreational chemistry), and technology progressed in step to support artistic intentions. Album cover art began to become a ‘thing’ during the 1960s as artists wanted more than just a boring band photo to adorn the front cover of their new album. Cover art exploded in the ‘70s as label art budgets (charged back to the bands) were increased to support the bands’ desire for imaginative imagery to represent their music. Budgets for both cover art and album advertising would continue to grow until the late ‘70s, allowing studios like Hipgnosis to blossom.

Sadly, these budget dollars would slow to a trickle as the 1980s wore on, and by the time that the compact disc came to dominate commercial music sales in the ‘90s, cover art was reduced to the 5” x 5” dimensions of the CD, becoming somewhat of an afterthought to music video as the prime avenue for marketing new music. Sensing, perhaps, the end of an era, the partners of Hipgnosis went their separate ways in 1983, Powell going into film and video, creating music videos for artists like Yes, Robert Plant, and Pink Floyd’s David Gilmour. With Vinyl. Album. Cover. Art. however, Powell has provided readers with a look to the past when album cover artwork was second only to the music, something to pore over as the vinyl spun around the turntable, the sound weaving its magic. Grade: A+ (Thames & Hudson, published May 16, 2017)