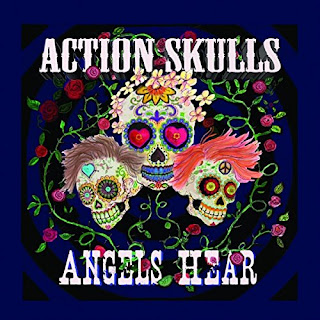 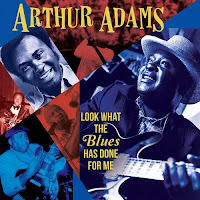 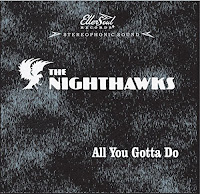 Arthur Adams’ first new studio album since 2009 – the two-disc Look What The Blues Has Done For Me – offers a new recording from the underappreciated bluesman as well as a bonus disc of early tracks previously-unreleased on CD. The talented vocalist sounds a lot like Bobby “Blue” Bland on the thirteen new blues-oriented tracks, Adams knocking it out of the park with energy and emotion on songs like “Low Down and Dirty,” “I’ve Had Enough,” and “If You Let Me Love You.” With the band establishing a low-slung groove, Adams’ displays his B.B. King-influenced guitar style and deft songwriting skills. Disc two offers another thirteen tracks from four ‘70s-era albums, criminally-obscure soul-blues gems like “I’ll Never Be the Same,” the haunting “The Blues,” and the funky “Let’s Dance” guaranteed to get your liver quivering! It’s never too late to discover the soulful blues sound of Arthur Adams. Grade: A   BUY IT!

The Nighthawks – All You Gotta Do (Ellersoul Records)
Roots ‘n’ blues stalwarts the Nighthawks have released better than two-dozen live and studio albums over the past 40+ years, delivering up spirited originals and inspired covers that feature founder Mark Wenner’s gritty vocals and raging harp-play as well as some scorching fretwork, most recently courtesy of guitarist Paul Bell. The band’s latest, All You Gotta Do, doesn’t depart from this tried-and-trued formula, offering up entertaining moments like the rollicking “That’s All You Gotta Do,” a low-slung, greasy cover of Randy Newman’s “Let’s Burn Down the Cornfield,” and a raucous reading of the garage-rock standard “Dirty Water.” The band is at its best on its infrequent originals, tho’, drummer Mark Stutso’s “VooDoo Doll” a sly lil’ bit of bluesy hoodoo and Wenner’s “Blues For Brother John” a sleazy instrumental romp. Throw in high-octane covers of Sonny Boy Williamson, R.L. Burnside, and Willie Dixon tunes and you have yourself a party! Grade: B+   BUY IT! 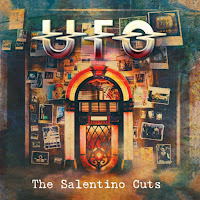 UFO – The Salentino Cuts (Cleopatra Records)
British hard rock legends UFO deliver a long-overdue Pin-Ups styled covers disc in The Salentino Cuts and achieve mixed results. On one hand, golden-era rock ‘n’ roll tunes like “Heartful of Soul” (The Yardbirds) and “It’s My Life” (The Animals) are so finely-crafted that it’s hard to do them wrong. Surprise choices like “River of Deceit” (Mad Season) and “Ain’t No Sunshine” (Bill Withers) provide charming moments while hard rockin’ tracks like “Mississippi Queen” (Mountain) and “Rock Candy” (Montrose) are right up the band’s dark alleyway. On the other hand, stabs in the dark like “Paper In Fire” (John Mellencamp) and “Honey Bee” (Tom Petty) lack the subtlety and nuance of the originals, Phil Mogg’s voice too ravaged by time and abuse to pull off. Like I said, a mixed bag of classic rawk tunes. Grade: C+   BUY IT!
Posted by Rev. Keith A. Gordon at Sunday, October 15, 2017