Country Joe & the Fish Celebrate the Summer of Love 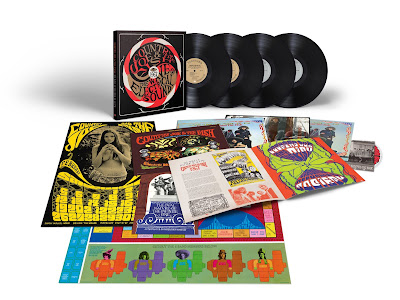 Folk-rock outfit Country Joe & the Fish – formed in 1965 by singer/songwriter Country Joe McDonald and guitarist Barry “Fish” Melton – are best known for their infamous August 1969 appearance at Woodstock, McDonald leading the audience in shouting “The Fish Cheer” (“gimme an ‘F’…”) before launching into a memorable performance of the anti-war “I-Feel-Like-I’m-Fixin’-To-Die Rag.” One of the most innovative and popular bands in the San Francisco area, Country Joe & the Fish were steeped in the psychedelic-rock of the time, but tempered their flower-power excesses with elements of folk, blues, and even jazz to underscore their often politically-charged lyrics.

Country Joe & the Fish released their first two albums during 1967, their debut Electric Music For the Mind and Body appearing just in time for the “Summer of Love” while I-Feel-Like-I’m-Fixin’-To-Die, recorded in July, bookended the debut LP later that year. Both albums were groundbreaking, influential efforts by a then-veteran band, musically-adventurous with McDonald’s songs offering up intelligent political commentary and satire. On January 26th, 2018 Craft Recordings will celebrate Country Joe & the Fish’s “Summer of Love’ with the release of a limited-edition vinyl box set, The Wave of Electrical Sound. Both re-mastered albums will also be reissued as stand-alone LPs and have already been released digitally on iTunes and elsewhere. 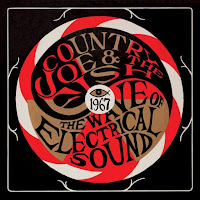 Limited to 2,000 copies worldwide, The Wave of Electrical Sound is a four-album box set offering both mono and stereo version of Electric Music For the Mind and Body and I-Feel-Like-I’m-Fixin’-To-Die pressed on audiophile quality 180-gram vinyl. The albums are packaged in old-school-style tip-on jackets, with the mono versions of both albums sporting rare alternative cover artwork while the stereo versions of both feature replicas of their original cover art. The box set also includes a bunch of cool band memorabilia from the era including replicas of The Fish Game, a Fish Fan Club book, and a Fish calendar designed by Tom Weller as well as a DVD of How We Stopped The War, a 30-minute documentary film on the band and a 24-page book with rare photos and artwork and new liner notes from writer, producer, and musician Alec Palao.

In his liner notes for the box set, Palao writes, “what makes both albums Country Joe & the Fish recorded in 1967 so significant is not just the presentation, but the repertoire...the writing is extraordinary. Whatever influence from Dylan, Richard Farina and others McDonald might have absorbed, his muse was his own, and fully on display with idiosyncratic material that dripped with imagery and allusion.”

Buy the vinyl box set from Amazon.com: Country Joe & the Fish’s The Wave of Electrical Sound
Posted by Rev. Keith A. Gordon at Sunday, December 10, 2017