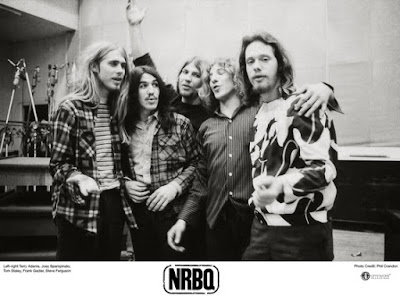 The almighty NRBQ – the New Rhythm & Blues Quartet (originally ‘Quintet’) – formed way back in 1967 and released their self-titled debut album a couple years later, in 1969. Signed to a two-album deal by Columbia Records, the band worked with famed producer Eddie Kramer to forge an eclectic debut that mixed what is now NRBQ’s signature mix of rock ‘n’ roll, blues, jazz, soul, country, and whatever style or genre tickled the band member’s fancy at the time. As such, NRBQ the album featured a handful of inspired original tracks surrounded by an eccentric mix of covers by artists as diverse as rockabilly legend Eddie Cochran, jazz pioneer Sun Ra, blues duo Sonny Terry and Brownie McGhee, and even songs written by keyboardist Terry Adams and avant-garde jazz composer Carla Bley. 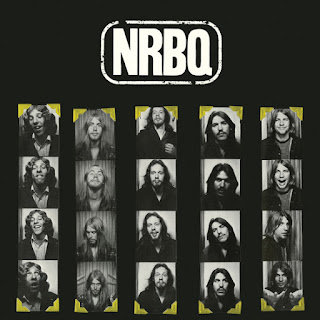 For their debut album, NRBQ comprised Adams, guitarist Steve Ferguson, bassist Joey Stampinato, lead singer Frank Gadler, and drummer Tom Staley. In spite of the critical acclaim and cult following the band has long enjoyed, their elusive debut album has never been reissued in any format in the nearly 50 years since its release. Leave it up to the fine folks at Omnivore Recordings to right this wrong... the label has found some success with their five-disc, career-spanning NRBQ box set High Noon – A 50-Year Retrospective and released the band’s 2017 EP Happy Talk to no little critical acclaim.

On March 16th, 2018 Ominivore Recordings will reissue NRBQ on CD for the first time; the album will also be available as a gatefold vinyl LP and as a digital download. The reissue includes additional photos and new liner notes by Jay Berman, who writes “this historic and monumental recording has been remastered, and finally authorized for re-release. This album is a great reminder that NRBQ is on a mission, one that holds steady to its original inspiration to this day. For those fans who missed it the first time around, it Hasn’t Aged A Bit.” Take it from the Reverend, who bought a used copy of the band’s debut LP a year or so ago, if you love NRBQ then you’re going to want to hear where it all began...