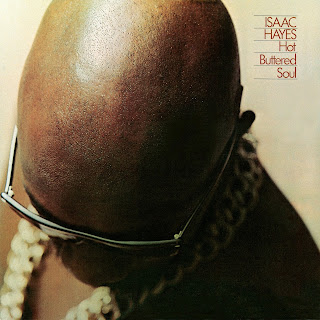 It’s no secret that the Reverend is an Isaac Hayes fan. The Memphis soul legend wrote and performed a large part of the soundtrack of my teen years, and Hayes’ classic albums like Hot Buttered Soul, Black Moses, and the soundtrack to the film Shaft were trailblazing, influential releases that vaulted Hayes to superstar status and re-defined soul music for a generation to follow. On February 23rd, 2018 Craft Recording will be releasing newly-remastered editions of all three of these iconic albums on glorious 180-gram black vinyl.

Hot Buttered Soul, Black Moses, and Shaft were all remastered by sound engineer Dave Cooley from the original analog tapes and are packaged in reproductions of the original sleeves, complete with old-school style tip-on jackets and, for Black Moses, a replica of the outrageous (at the time) four-foot cross-shaped fold-out image of Hayes. These issues follow the critically-acclaimed four-disc box 2017 set Isaac Hayes: The Spirit of Memphis (1962-1976), which celebrated the groundbreaking artist’s talents as a songwriter, performer, and producer which was released as part of the year-long party honoring the 60th anniversary of the legendary Stax Records label. 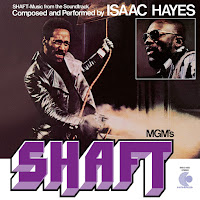 Released in 1969, Hot Buttered Soul was Hayes’ sophomore effort; the album topped the Billboard R&B chart and hit a respectable #8 on the trade magazine’s Hot 100 pop chart, yielding a Top 30 single with “Walk On By” b/w “By The Time I Get To Phoenix.” The soundtrack to the 1971 film of the same title, the double-album Shaft would top all the charts on the strength its #1 hit single “Theme From Shaft,” which earned Hayes an Academy Award. Shaft would go on to become Stax’s best-selling LP of all time (even charting in the U.K.).

A few months later, Hayes shocked the world with Black Moses, his fifth studio album, another two-disc set, and a monster creative effort that would hit #1 on the R&B chart and #10 on the pop chart, the album’s cover of the Jackson 5 song “Never Can Say Goodbye” rising to #22 on the singles chart. All three albums are truly revolutionary works, and it will be good to hear them on vinyl once again!