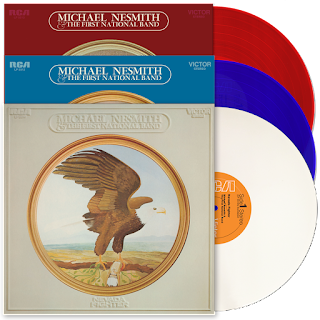 Michael Nesmith of the Monkees is at once both one of the most revered rockers of the 1960s as well as one of the most misunderstood. Perhaps the most creative member of the “Prefab Four,” Nesmith consistently chafed against the constrictions placed upon the band by TV and label executives, producers, and songwriters. Nesmith was quite capable of writing and performing his own material, and although he and his compatriots in the Monkees were contributing to the birth of the “power pop” genre with their upbeat blend of ‘60s pop and garage-influenced rock, it couldn’t have been very fulfilling for the talented musician.

As the ‘60s rolled to a close and the Monkees began to run out of steam, Nesmith was looking towards a post-simian career. He had already had songs recorded by artists like Linda Ronstadt, the Nitty Gritty Dirt Band, and the Paul Butterfield Blues Band – as well as the two songs per album he was allowed on Monkees releases – when he formed the First National Band with his friends John London on bass, John Ware on drums, and O.J. “Red” Rhodes, a pedal steel guitar wizard. With piano and keyboards provided by session pros Earl P. Ball and Glen D. Hardin, Nesmith and the First National Band recorded its debut album, Magnetic South, which was released by RCA Records in early 1970. 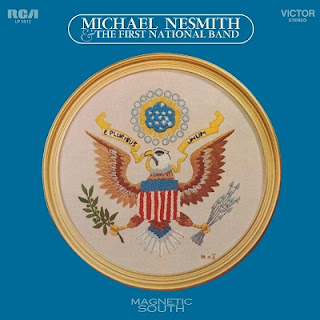 Magnetic South yielded a Top 30 hit with the Nesmith song “Joanne,” and although the album itself would only climb to #143 on the Billboard album chart, its creative mix of folk, rock, and country elements won critical acclaim and changed Nesmith’s public image for the better. A few months later, this outfit recorded the Loose Salute album, a ten-track collection of Nesmith originals, a song he’d originally penned for his former band (“Listen To the Band”), and a cover of Harlan Howard’s honky-tonk country classic, “I Fall To Pieces.” Produced by Nesmith himself, the album garnered critical acclaim similar to the debut but performed less well – its lone single, “Silver Moon,” didn’t move the needle on sales at all – and the album rose only as far as #159 on the charts.

Regrouping, Nesmith and the First National Band recorded the third and final album in what the artist had conceived as an ‘American Trilogy’ with the albums sporting individual red, white, and blue cover schemes. Released in 1971, Nevada Fighter featured another ten spell-binding country-rock songs including the title track (which rose to #70 on the charts) and covers of songs by Eric Clapton and Harry Nilsson as well as a Red Rhodes original. It would be the last album by the First National Band, with Wrecking Crew members James Burton, Joe Osborn, and Ronnie Tutt – all of whom had played on Monkees tracks – stepping in to help complete the recording. 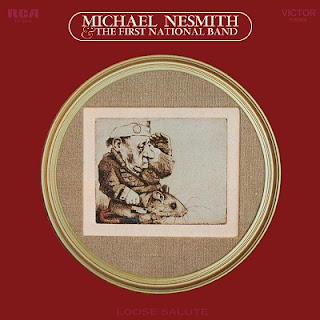 Widely considered as influential milestones in the creation of country-rock, all three of Nesmith’s albums with the First National Band have been out-of-print for decades and all have long since become modestly-priced collectors’ items. On March 23rd, 2018 Sundazed Music will release all three albums on spectacular colored vinyl for the first time since the 1970s.

All three titles have been remastered by producer Bob Erwin for the best audio possible and will be released on appropriately shades of vinyl – blue wax for Magnetic South, red for Loose Salute, and white vinyl for Nevada Fighter. All three of these groundbreaking albums are available for pre-ordering on the Sundazed website, and can also be ordered as a three-LP bundle.
Posted by Rev. Keith A. Gordon at Friday, February 16, 2018