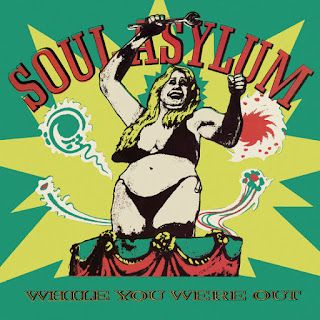 Before becoming multi-Platinum™ selling major label rock stars during the 1990s, Minneapolis, Minnesota’s Soul Asylum had spent much of the previous decade plugging away in the indie-rock trenches. The band often struggled to escape the long shadows cast by critic’s darlings like the Replacements and Hüsker Dü but, truth is, Soul Asylum was a tough-as-nails rock ‘n’ roll outfit that recorded three fine albums (as well as a cassette and EP) for their independent hometown label Twin/Tone Records before getting their shot at the brass ring from A&M Records.

While You Were Out was Soul Asylum’s third album released during 1986 (following their sophomore effort Made To Be Broken and the aforementioned tape, a cassette-only rarities compilation). Produced by Chris Osgood of local band Suicide Commandos, While You Were Out saw the band begin to transcend their punk roots towards becoming bona fide rock ‘n’ roll contenders.

The band would record a final EP for Twin/Tone before jumping into the major leagues; titled Clam Dip & Other Delights, the EP’s six-songs were a scattershot affair meant to fulfill their contract and provide a good time for the band members in the studio. It would end up becoming a longtime fan favorite. On January 18th, 2019 Omnivore Recordings will reissue both Made To Be Broken and Clam Dip & Other Delights in their entirety on a single CD along with seven bonus tracks, four of which are previously unreleased. 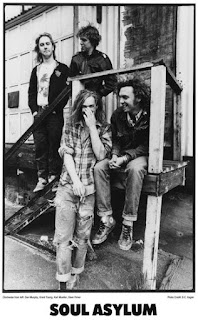 The set includes the full track lists of both the U.K. and U.S. versions of the EP and has been produced by Twin/Tone Records co-founder and Replacements manager Peter Jesperson along with Grammy® winning producer Cheryl Pawelski. This expanded reissue of Made To Be Broken features previously-unpublished photos, artwork, and flyers as well as liner notes by Superchunk drummer Jon Wurster.

Along with the label’s reissues of Say What You Will…Everything Can Happen and Made To Be Broken on CD earlier this year, Omnivore has nicely documented Soul Asylum’s raucous early years for both long-suffering Soul Asylum fans as well as for newcomers looking to rediscover the band’s indie rock roots.

Buy the CD from Amazon.com: Soul Asylum’s While You Were Out/Clam Dip & Other Delights