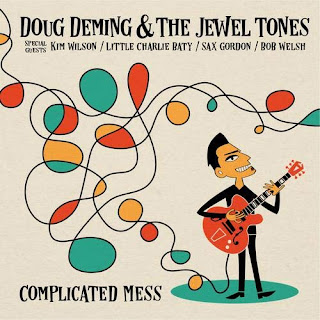 Doug Deming & the Jewel Tones – Complicated Mess (EllerSoul Records)
Blues guitarist Doug Deming and his mighty band the Jewel Tones lay down a righteous groove with their latest LP, Complicated Mess. Deming lives on the be-bop side of bluestown, and you can hear classic jazz influences (i.e. 1940s and ‘50s) in original songs like the swinging instrumental “Captain’s Quarters” or the white-hot title track (thinking of T-Bone Walker here). Lively covers of Lazy Lester’s “Blues Stop Knockin’” and Fats Domino’s “I’m Walkin’” sit on the fence between New Orleans jazz and soulful blues while other tracks, like the sultry “Sweet Poison” or “Need My Baby,” are full-blown blues-hued romps that showcase Deming’s incredible guitar tone and smooth-as-silk vocals. Guest turns by legends like guitarist Little Charlie Baty, pianist Bob Welsh, and harmonica wizards Kim Wilson and Madison Slim add a little spice to the gumbo pot. Complicated Mess is highly-recommended for any old-school blues fan looking for new thrills. Grade: A   BUY! 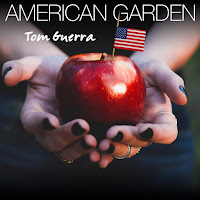 Tom Guerra – American Garden (Casa del Soul Records)
Singer, songwriter, and guitarist Tom Guerra is a veteran musician that’s been toiling in the shadows far too long while lesser talents grab the spotlight. Guerra has played and recorded with the Dirty Bones Band and Mambo Sons as well as releasing a handful of solo albums including his latest, the brilliant American Garden. Featuring a high-octane blend of guitar-driven classic rock and blues, Guerra’s smart (and often timely) lyrics are paired with a clamorous soundtrack that reminds of Springsteen and Joe Grushecky. Guerra’s vocals are power-pop pure, though, as shown by his heartfelt cover of Tom Petty’s soft-edged “Walls.” The socially-conscious “Blood On the New Rising Sun” is simply gorgeous and features guest fretburner Jon Butcher while the blistering “The Lyin’ King” is a bluesy romp with raging harp, flamethrower guitar, and a powerful message. Guerra’s American Garden is a solid collection of muscular, no-frills, old-school rock ‘n’ roll. Grade: A   BUY! 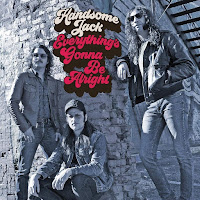 Handsome Jack – Everything’s Gonna Be Alright (Alive Natural Sound Records)
Buffalo NY area “boogie soul” power trio Handsome Jack have one foot in the blustery hard rock sound of the ‘70s and the other in the guitar-driven British blues explosion of the ‘60s; the band’s raw, immediate garage-rock worldview builds on the past while looking defiantly towards the future. Everything’s Gonna Be Alright is the band’s sophomore effort and it’s a real fine barn-burner. The title track is a buzzy, fuzz-drenched blues stomper with gritty Howlin’ Wolf vox and slashing guitar licks while “Why Do I Love You the Way I Do” offers throwback soul that wouldn’t have sounded out-of-place in Detroit circa 1978. “City Girls” is a sleazy, Stones-ish vamp and “Bad Blood” is an epic rocker with BIG guitars and whiskey-soaked vocals. Handsome Jack is the real thing, a switchblade-toting gang of ‘Rust Belt’ blues-rock thugs demanding your time, money, and attention. RIYL Leafhound, Foghat, or Savoy Brown. Grade: A   BUY! 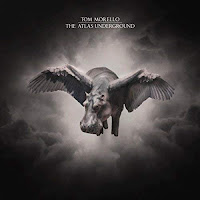 Tom Morello – The Atlas Underground (Mom + Pop)
Given his folkier “Night Watchman” albums, Tom Morello’s The Atlas Underground isn’t quite what I expected. A sonic Molotov cocktail of blistering hard rock, rap, and pulse-quickening EDM beats, Morello and his guests are at their best on the rock-rap hybrids. Sounding a bit like Rage Against the Machine, socially-conscious lyrics are tattooed on your brain by MCs Big Boi, Killer Mike, GZA, and RZA on explosive songs like “Rabbit’s Revenge” and “Lead Poisoning.” Fellow fretburner Gary Clark Jr. brings a bluesy, soulful cutting edge to the raucous “Where It’s At Ain’t What It Is” while rapper Leikeli47 brings the pain like nobody since Public Enemy on the violent maelstrom that is “Roadrunner.” Experimental fare like the instrumental “Battle Sirens” (with Knife Party) shows Morello to be an avant-garde guitarist and composer without peer. Other guest collaborators on The Atlas Underground include Portugal the Man, Steve Aoki, and Vic Mensa. Grade: B+   BUY! 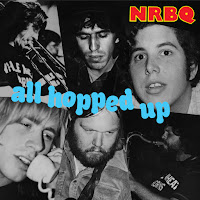 NRBQ – All Hopped Up (Omnivore Recordings)
The beloved cult-rock band’s fifth album (counting their 1970 collaboration with rockabilly great Carl Perkins) gets a long-overdue reissue from Omnivore and NRBQ fans couldn’t be happier. All Hopped Up is the first ‘Q album to feature guitarist Al Anderson, and the forward progress in the band’s already eclectic sound couldn’t be more noticeable. Anderson’s immediate contributions include the delightfully nostalgic “Ridin’ In My Car” and the loping, melodic “Help Me, Somebody.” Keyboardist Terry Adams’ “It Feels Good” is an enchanting slice of Beatle-esque pop while “I Got A Rocket In My Pocket” is an energetic honky-tonk rave-up. A cover of Big Joe Turner’s “Honey Hush” is jazzy in a cool 1950s R&B style. Four bonus tracks shine, especially the rockabilly-tinged “Start It Over.” A near-perfect blend of NRBQ’s signature fusion of pop, rock, R&B, and jazz music, All Hopped Up is charming, entertaining, and possibly the band’s best record. Grade: A   BUY! 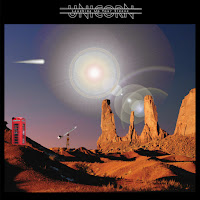 Unicorn – Laughing Up Your Sleeve (Omnivore Recordings)
Unicorn was pub-rock pals of Pink Floyd’s David Gilmour, who produced three of the British band’s mid-‘70s albums before they disappeared like their mythical namesake. Unicorn’s obscurity wasn’t for lack of quality – singer/guitarist Ken Baker was a helluva songwriter – and the band’s unique mix of British folk-rock and West Coast influences (CSNY, The Byrds) provided a wide musical palette for the band to weave its complex filigree sound, with lyrics as British as anything Ray Davies ever penned. Laughing Up Your Sleeve offers twenty previously-unreleased demo tracks recorded by Gilmour, almost every song a perfect illustration of the band’s immense talents and rich sound. Several of these songs were fleshed out on Unicorn LPs like the excellent Blue Pine Trees and Too Many Crooks, and while I’d recommend you grab up import copies of those albums first, you’ll inevitably end up adding Laughing Up Your Sleeve to your Unicorn collection. Grade: A   BUY!