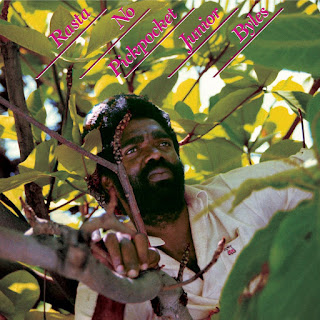 Junior Byles – Rasta No Pickpocket (Nighthawk/ Omnivore Recordings)
Deservedly a big star in Jamaica, reggae artist Junior Byles is tragically unknown here in the states. Working with producers like Lee “Scratch” Perry, Rupert Reid, and Lloyd Campbell, Byles enjoyed a string of hit singles in his homeland during the early ‘70s. Mental health issues and an attempted suicide sidelined the singer for over a decade, until the recording sessions that resulted in Rasta No Pickpocket. Originally released by Nighthawk Records in 1986 and reissued by Omnivore as part of their Nighthawk label restoration, the album is a reminder of just how good a vocalist Byles was…songs like the gently skanking, socially-conscious “I Don’t Know,” the rhythmic, sing-song “I No Got It,” the Rasta fantasy “Cally Weed,” and the mesmerizing title track showcase the singer’s mellow tones and insightful lyrical skills. Several previously-unreleased tracks sweeten the pot and further display Byles’ soulful vocals. RIYL Bob Marley or Gregory Isaacs. Grade: A   BUY IT! 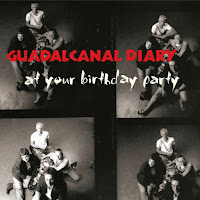 Guadalcanal Diary – At Your Birthday Party (Omnivore Recordings)
Guadalcanal Diary was often overshadowed by upstarts like Pylon or R.E.M. but, truth is, they were a damn fine studio outfit and even better live rock band. Taken from a pair of January 1998 reunion shows in Atlanta, At Your Birthday Party was originally released independently by the band. Omnivore’s reissue puts the album back in print after almost 20 years, providing wider distribution for this entertaining disc. A band screaming for “rediscovery,” Guadalcanal Diary was firing on all cylinders these nights. From the haunting “Trail of Tears” and the poppy “Pretty Is As Pretty Does” to the raging rocker “Whiskey Talk” and the rowdy, cowpunkish “Watusi Rodeo,” band frontman Murray Attaway and crew crank out 16 wired performances of songs from all four of the band’s LPs circa 1984-1989. Like the college rock radio playlist of your misspent youth, At Your Birthday Party is a very fine present, indeed. Grade: A  BUY IT! 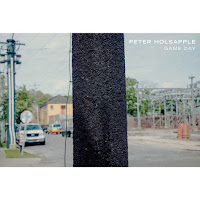 Peter Holsapple – Game Day (Omnivore Recordings)
The voice of the revered power-pop outfit the dB’s, Peter Holsapple hasn’t released a solo album in 21 years (since 1997’s Out of My Way), but he climbs back in the saddle effortlessly with the gorgeous, shimmering Game Day. Holsapple’s deft songwriting chops and emotive vocals have always fueled his band’s best material, and with his second solo effort, he dials up the intensity to eleven. Game Day’s thoughtful, melodic songs run the gamut from the electrifying “In Too Deep” and the rocking “Tuff Day” to the delightfully-morose “Don’t Ever Leave” or the devastating ballad “Don’t Mention The War,” where Peter channels his inner Neil Young. An explosive cover of Buddy Miles’ “Them Changes,” mixed with the New York Rock & Roll Ensemble obscurity “Sing Lady Sing,” provides a new dimension to both songs. Holsapple plays nearly every note on the excellent Game Day, making it a true “solo album.” Grade: A   BUY IT! 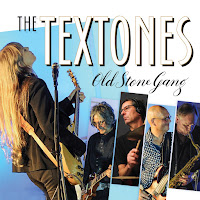 The Textones – Old Stone Gang (Blue Elan Records)
The Textones’ Carla Olson put the original band back together (sans Phil Seymour, R.I.P.) for another shot at the brass ring, and their first new album in 30+ years sounds like they never really left the game. The band’s pioneering hybrid of rock, country, and a touch of soul (i.e. ‘Americana’) is much in evidence on songs like the jaunty title track, the thoughtful rocker “All That Wasted Time,” the country-toned “Ride On,” the engaging story-song “Carly Jo,” or the bluesy “Midnight Roundabout.” Guitarist George Callins and Olson make a helluva songwriting team, penning four of the album’s best tunes, but other band members also deliver solid material, creating a cohesive and entertaining overall effort. The Textones’ Old Stone Gang offers a lot of twang and bang for your buck, and if you didn’t know them back in the ‘80s, you owe it to yourself to discover the band today. Grade: A   BUY IT! 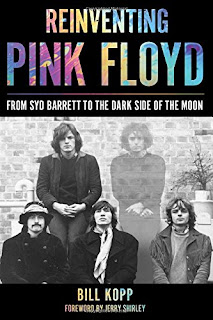 Bill Kopp – Reinventing Pink Floyd (Rowman & Littlefield)
Music Journalist Bill Kopp is a colleague, writing for publications like Blurt and Goldmine (among others). With Reinventing Pink Floyd, his first book, Bill focuses his insight on the legendary British rock band, exploring Floyd’s early years “from Syd Barrett to the Dark Side of the Moon.” His efforts pay off, as Reinventing Pink Floyd provides a deep dive into the band’s years in the wilderness, as they forged a significant career in the wake of founder and guiding light Barrett’s departure. There’s plenty of musical experimentation to be found on ‘70s-era albums like Atom Heart Mother and Meddle before Floyd crafted its signature sound and found superstardom, and Kopp walks the reader through the chaos and creation of a legend. Bill delivers all the minutiae and anecdotes that a Floyd fan demands, weaving a fascinating story of one of the most influential, pioneering bands in rock ‘n’ roll history. Grade: A   BUY IT!