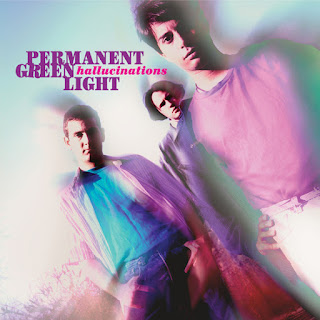 The story unfolds like this…after the legendary ‘Paisley Underground’ band the Three O’Clock broke up in 1989, the band’s frontman Michael Quercio went looking for rock ‘n’ roll cheap thrills in the new decade. He formed the Los Angeles-based psych-rock outfit Permanent Green Light which didn’t really go anywhere, commercially, but built up a loyal cult following on the basis of a self-titled 1992 EP; a 1993 album, Against Nature (produced by Earle Mankey); and a handful of single releases. The band played locally with similar-minded artists like Redd Kross and Teenage Fanclub, and received regular airplay on local DJ and ‘scenester’ Rodney Bingenheimer’s radio show. But across the fruited plain? No recognition at all…

This being the 21st century, every unfairly ignored band from the 1980s and ‘90s has another shot at the brass ring, an opportunity to grab the ears of those record buyers that ignored them back in the day and shake some sense into them. On October 19th, 2018 it’s gonna be Permanent Green Light’s second chance when Omnivore Recordings releases Hallucinations, a sixteen track CD and digital compilation remastered from the original master recording tapes. Hallucinations features eight tracks from Against Nature, three from the band’s self-titled EP, and a couple songs of unknown provenance. The compilation also includes three previously-unreleased demos recorded on four-track cassette tape with their raw intimacy preserved.

Hallucinations includes liner notes by producer and music historian Pat Thomas which provide an oral history of Permanent Green Light based on interviews with band members, friends and fans, and musical contemporaries. The set also features rare photos and other ephemera, the set overseen and approved by Quercio and the band. In a press release for the album, Quercio sums it up: “We were a very unique item – a rare and fearless example of overindulgent pop melodies, heavy bass, soaring lead guitar, wild drums…all the things in our day and age that you are not allowed to mix together. We shoved it in your face.” You can check out the track list for Hallucinations below.