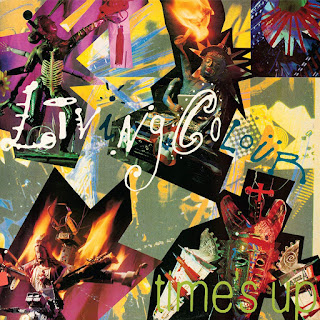 Great music and charity have gone together forever, and there are a couple of special releases coming that are worth your time and money to buy. On September 28th, 2018 Living Colour’s Time’s Up and Mike Doughty’s Live At Ken’s House albums will be released as limited-edition green vinyl editions as part of the Mindful Vinyl initiative for mental health awareness. A portion from the proceeds of both albums will benefit The Jed Foundation (JED), a non-profit organization that exists to protect emotional health and prevent suicide for teens and young adults.

Originally released in 1990 as the follow-up to the band’s breakthrough LP Vivid, the equally hard-rockin’ Time’s Up featured tracks like “Pride,” “Elvis Is Dead” and “Love Rears Its Ugly Head.” Winner of a Grammy Award for “Best Hard Rock Peformance,” Time’s Up featured guest appearances by Maceo Parker, Little Richard, Doug E. Fresh, and Queen Latifah. The album is being reissued by Megaforce Records. 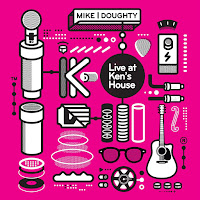 Mike Doughty’s Live At Ken’s House was released in 2014 and featured the frontman of 1990s-era alt-rockers Soul Coughing performing re-imagined versions of his former band’s best-known material. The singer/guitarist was back on the live performance by Catherine Popper on upright bass and Pete Wilhoit on drums. This vinyl reissue of Live At Ken’s House is being released by Doughty’s own Snack Bar label. In a press release for the vinyl reissue, Doughty – who has written frankly about his own mental health challenges in his memoir The Book of Drugs – says “there's an emotional-pain crisis in America, and it's incumbent on us to make medical care and talk therapy normal and accessible for people who suffer from depression and anxiety.”

The Mindful Vinyl initiative was created in 2016 with a goal of increasing conversation and awareness of mental wellness issues and connecting those conversations to music. Other titles reissued on vinyl as part of their series include Living Colour’s Stain, Fishbone’s The Reality of My Surroundings, and the Silver Linings Playbook movie soundtrack. JED partners with high schools and colleges to strengthen their mental health, substance abuse, and suicide prevention programs and systems. You can learn more about JED on the organization’s website.