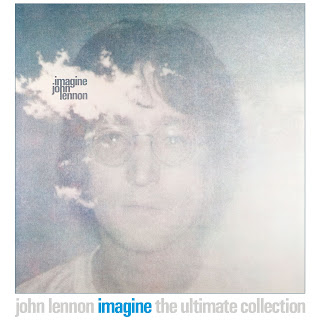 There’s little argument that John Lennon’s 1971 album Imagine is one of the classic records of rock ‘n’ roll. What is curious, however, is why his record label hasn’t jumped on the exploitation train by cranking out a pricey Imagine box set…until now, that is. On October 5th, 2018 Geffen Records/UMe will release Imagine – The Ultimate Collection, a six-disc deluxe box set with more Lennon than you can shake a stick at.

Imagine – The Ultimate Collection is authorized by Lennon’s widow, Yoko Ono Lennon, and features 140 tracks that have been remixed and remastered and spread across four CDs and two Blu-ray discs. There are a bunch of different mixes offered by the multitude of discs, including a new “Ultimate Mix” of the album, the “Raw Studio Mixes,” a 5.1 surround sound mix, and a “Quadrasonic Album Mix” that features the original four-speaker mix that, presumably, was used for the old quadraphonic album release that nobody bought back in ’71.

The set also includes previously-unreleased demos, rare outtakes, and The Evolution Documentary, a “unique track-by-track audio montage that details the journey of each song form demo to master recording via instructions, rehearsals, recordings, multitrack exploration and studio chatter” (according to a press release for the box set). I’m not sure exactly what the hell that is, but the box will be released in multiple formats aside from the six-disc box, including a two-disc “deluxe edition,” a single remastered CD (“standard edition”), and two-album vinyl editions in both black and clear 180-gram wax. The digital “Ultimate Collection” includes audio from all four CDs and there will also be digital equivalents of the “deluxe” and “standard” versions.

Regular That Devil Music readers know that the Reverend is extremely skeptical of these grave-robbing multi-disc box sets that offer the dregs of an artist’s work at a premium price for the true believer and hardcore fan. For every set like Pink Floyd’s The Early Years that provides insight into an artist’s career, there are a half-dozen naked cash grabs, and Imagine – The Ultimate Collection smells like a wheel of cheese allowed to get too ripe in the sun. Imagine was reissued on vinyl in 2011 with a fresh remastering as part of Record Store Day, and reissued again in 2014 in the ‘Pure Audio’ Blu-ray format featuring high-definition tracks. Do we really need another version of John Lennon’s classic album?

Young ‘uns, if you really want a taste of Lennon’s genius, an vinyl copy of the original 1971 album or 1975 reissue of Imagine aren’t really all that hard to find, and they’re reasonably-priced at that. That’s all you really need…
Posted by Rev. Keith A. Gordon at Tuesday, September 04, 2018