NRBQ’s All Hopped Up reissue 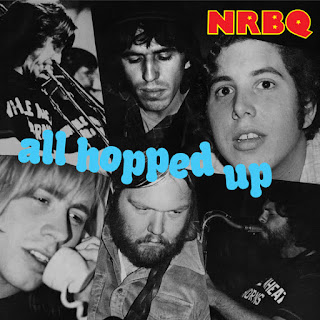 A long-time favorite ‘round these parts, after nearly 50 years of making records, the mighty NRBQ are finally getting the respect they deserve these days. Much as they did in restoring the Big Star catalog to its righteous glory, archival label Omnivore Recordings seems to be jumping on the New Rhythm & Blues Quartet train. The label reissued the band’s self-titled 1969 debut album on CD earlier this year and now, on October 26th, 2018 Omnivore will reissue NRBQ’s fifth album (counting their 1970 collaboration with rockabilly legend Carl Perkins, which I do…), the sublime All Hopped Up, on both CD and vinyl.

All Hopped Up was the first recording to feature the classic NRBQ line-up of keyboardist Terry Adams, guitarist Al Anderson, bassist Joey Spampinato, and drummer Tom Ardolino which would go on to make a lot of great music together over the following 20+ years. All Hopped Up was the first album to be released by the band’s own independent Red Rooster Records label and the first to feature the ‘Whole Wheat Horns’, comprised of trombonist Donn Adams and saxophonist Keith Spring. The Omnivore reissue of All Hopped Up features the original album’s front and rear artwork and track sequencing and sports new liner notes by writer John DeAngelis as well as a bunch of rare photos. For wax fanatics, the vinyl release offers a deluxe gatefold jacket. 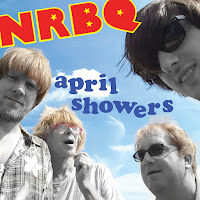 Before the October resurrection of All Hopped Up, however, ‘Q fans can enjoy the September 28th release of the digital-only three-song EP April Showers, which includes the title track, featured in the upcoming film Change In the Air, which was scored by Terry Adams and Bill Frisell. The EP also features two previously-unreleased live bonus tracks from the April 1977 record release party for All Hopped Up. Recorded at the Shaboo Inn in Willimantic CT (near the University of Connecticut), these two songs – “It Feels Good” and “Still In School” – will take the ‘Q fan back in time to the band’s early days.