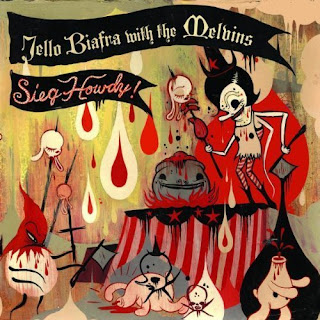 America loves a sequel! How else could you explain the inexplicable success and dubious achievements of American Idol, the gasoline crisis, or George W. Bush (Reagan-lite)? America seems to love the comforts of familiarity…but familiarity inevitably breeds contempt, and where there’s contempt, you’ll find Jello Biafra. For better than a quarter-century now, Biafra has given voice to our contempt, first through his groundbreaking and influential hardcore punk band the Dead Kennedys and later through a series of spoken word albums and musical collaborations with fellow travelers like Mojo Nixon, DOA, and Ministry’s Al Jourgensen, among others. It’s safe to say, however, that Biafra has found his perfect musical foils in the Melvins.

Last year, Biafra the punk icon teamed up with grunge forefathers the Melvins to create a red-hot blast furnace of an album in Never Breathe What You Can’t See. The collaboration proved to be Jello’s most productive and critically-acclaimed since the heyday of the Dead Kennedys, and your humble scribe echoed the sentiments of many punk fans when, reviewing that album, I stated that “hopefully this will be but the first of several collaborations between Biafra and the Melvins.” Like a kid eagerly ripping away wrapping paper on Christmas morning, the Reverend was overjoyed to open a recent package from Alternative Tentacles to find a copy of Sieg Howdy! 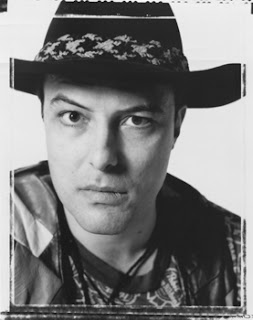 I’m here to tell you boys and girls, that not only does Sieg Howdy! meet the high expectations created by its predecessor, in many ways the new album passes Never Breathe What You Can’t See like a DeTomaso Pantera screaming past a Volkswagen on the autobahn. Biafra sounds more comfortable working with King Buzzo and the boys, easily delivering his most spirited vocal performance in a decade or more. On the flip side, the Melvins also sound more natural backing Biafra, the band mixing shades of DK-inspired hardcore thrash alongside their trademarked metallic sludge and riff-happy, feedback-ridden instrumentation. The resulting sound is simply invigorating, a heady musical elixir that kicks the stall like a horny, drunken mule.

The songs on Sieg Howdy! also showcase some of Biafra’s most inspired lyrics since Fresh Fruit For Rotting Vegetables. Tackling issues like the “War On Terrorism,” Christian extremism, the Middle East, and Republican politics with deadly accuracy and more than a little intelligent humor, Biafra again proves that the pen is mightier than the sword in spreading seditious ideas and satirizing your enemy. Jello updates one of his better earlier songs as “Kali-Fornia Uber Alles 21st Century” to include Governor Ah-nold’s political ambitions, while a spot-on cover of Alice Cooper’s “Halo of Flies” recreates the original song’s reckless menace. Biafra even takes aim at the complacency of young punk fans with “Those Dumb Punk Kids (Will Buy Anything)” and puts his relationship with his former band members in perspective with “Voted Off the Island.”

Whenever times have gotten dark, we have always been able to depend on Jello Biafra to shine a light on greed, injustice, and hypocrisy. With the Melvins at his side, Biafra has delivered his most incendiary collection yet in Sieg Howdy! Ignore this album at your own peril ‘cause it rocks like Friday night at a Delta juke joint and displays more intelligent thought than the entire Bush administration combined. (Alternative Tentacles Records, released September 27, 2005)

Alternative Tentacles is reissuing Sieg Howdy! on vinyl – get it now!