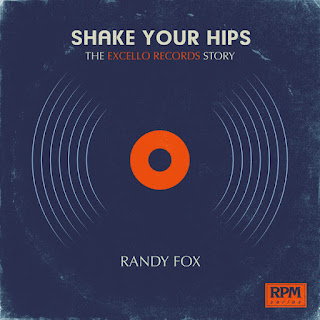 One needn’t be a historian to recognize the widespread changes that the United States experienced in the wake of World War II. As the country’s industrial capacity turned from servicing the war machine to manufacturing washing machines, American society experienced an economic boom unparalleled in American history. With the growth of a relatively-wealthy consumerist society also came a post-war “baby boom” of children that largely came of age in the 1950s and ‘60s, further turbocharging the economy.

As the U.S. economy grew, so too did the country’s appetite for entertainment, which resulted in a rapid growth of the film and music industries as well as technological advances that resulted in an expanding number of radio stations across the country and prompted the evolution of television programming. Large numbers of teenagers and adults had disposable cash to spend in the 1950s, which directly fueled the sales of pop, country, and rhythm & blues records that both parents and their children would hear playing on their favorite radio stations.

Mr. Ernest Young would step into this growing market for music in the late 1940s. The Nashville businessman had made a respectable living from placing popular coin-operated ‘flipperless’ pinball machines in stores, restaurants, and bars in the Middle Tennessee area. Patrons would rack up “free games” on the machine that were paid off in cash, making it a form of gambling in the eyes of the strict Southern Baptist church. It was a dirty business, though, requiring regular pay-offs to the police in order to continue operations without being raided and your machines seized. By the end of the decade, Young had divested himself of the pinball business to focus on a new and profitable fad – jukeboxes, which played 7” vinyl records.

Jukeboxes took in nickels and, if placed in the right environment (like, say, the Elliston Place Soda Shop), would spit out tidy profits. But records had to be swapped out frequently, so that the jukebox had a good selection of current hits to ensure regular plays, leaving the operator with a surplus of 45rpm records. Young responded to the challenge by opening Ernie’s Record Mart in downtown Nashville, where he sold new and used 45s (from his jukebox stock). With regular advertising on local clear-channel AM radio station WLAC (a 50,000-watt behemoth that could be heard from Canada to the Caribbean and across most of the United States), Ernie’s Record Mart branched out beyond its retail storefront, launching a successful mail-order operation. The store would ship out records to eager buyers across the globe throughout the 1950s and well into the ‘70s. 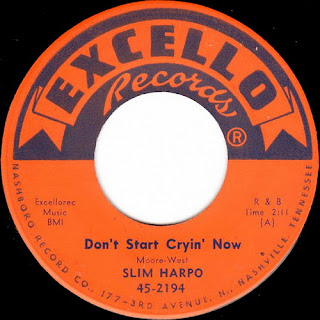 Young realized that he could “double dip” and make more money if he produced records as well as selling them so, in 1951, he launched Nashboro Records as a label specializing in African-American gospel music. Nashboro would release records that would subsequently be promoted during WLAC’s Sunday night gospel program and sold via mail order by Ernie’s Record Mart. Author Randy Fox’s excellent book Shake Your Hips: The Excello Records Story tells the rest of the tale, how Young expanded his operation to include a song publishing company and, most importantly, forming the legendary Excello Records label in 1953 to take advantage of the growing popularity of R&B and blues music.

Excello Records is a name well-known to rock ‘n’ roll aficionados, record collectors, and music historians who obsess over such things. The Nashville-based label made a deal with a Louisiana-based producer (J.D. Miller) to provide master recordings which resulted in Excello releases by artists like Slim Harpo, Lightnin’ Slim, Tabby Thomas, and Lazy Lester, among others – classic sides that would spark the imagination of musicians and fans on both sides of the pond. Excello also released music by homegrown R&B singers like Marion James, Roscoe Shelton, and Arthur Gunter, whose song “Baby Let’s Play House” would be covered by Elvis Presley, resulting in a financial windfall for both the artist and Excello’s in-house publishing company.

Fox’s Shake Your Hips tells a story of, basically, three different companies, beginning with the original version of Excello as founded by Ernest Young, writing of its importance and influence on popular music. The second version of Excello/Nashboro was owned by the local Crescent Company, which bought the entire operation – the labels, the publishing, the record store, and the mail order business – from Young when he retired in 1966. Crescent wisely kept longtime employees Shannon Williams and Dorothy Keaton, and hired a sympathetic manager in Bud Howell to run the labels. This version of the company continued to thrive well into the 1970s, with Williams’ love of gospel music and production talents allowing Nashboro to expand its influence in the black gospel community while Excello would ride workhorse Slim Harpo while trying to capture a measure of the growing soul, funk, and rock ‘n’ roll markets.

The third company, however, was the broken-down version operated by Los Angeles-based music firm AVI, Inc. which bought the operation from Crescent in 1980. The company’s fortunes had been waning for several years, with neither Excello nor Nashboro able to grow their market share in the face of ever-changing trends in music. Both labels had essentially ceased to exist by 1977, releasing their final records mere months before founder Ernest Young’s death later that year. AVI’s interest in the labels’ properties was negligible save for a few licensing deals. AVI itself was purchased by an investment group led by a former Motown executive, which resulted in a slate of CD reissues of Excello label releases during the mid-to-late 1990s. They would, in turn, be subsequently gobbled up by the multi-national Universal Music conglomerate in 1997, with UMe barely scratching the surface of the deep Excello catalog since. 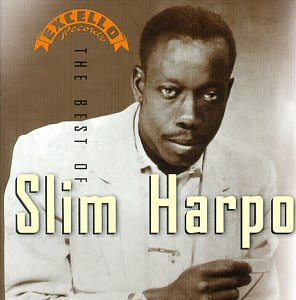 That, in a nutshell, is a capsule history of Nashville’s Excello Records label. Fox’s Shake Your Hips provides the full story of this historic independent record label with a narrative delivered at a breakneck pace. Fox’s well-researched tome is chockful of details on artists and record releases without ever getting bogged down in arcane minutiae. It’s a quick read, and a fascinating story for any true-blue R&B fan – I ran through the book in two (lengthy) sessions – Fox managing to capture the zeitgeist of the era within the pages of Shake Your Hips.

A casual acquaintance of mine from my Nashville days, I can avow that Randy Fox is particularly suited to documenting Excello’s storied history; he’s been walking this particular beat of obscure R&B history for a long time and is deeply knowledgeable of the music and its artists. It’s a tale of a different time, to be sure, but an important one nonetheless, Shake Your Hips an entertaining as well as educational history of a record label that made waves beyond its commercial fortunes. If you love the music of Slim Harpo, Lightnin’ Slim, et al or simply love old-school R&B music altogether, you owe it to yourself to check out Randy Fox’s Shake Your Hips. Grade: A (RPM Series/BMG Books, published November 20th, 2018)